Have you heard our big news? We’re planning to spend several weeks in Taiwan near the end of the year! After I informed my mother-in-law that we had tickets to visit her in Taiwan, her advice was unexpected: “Start practicing riding a bike!” Cycling is a favorite means of transportation in Taipei, and ‘Grammy’ often cycles with friends on Saturdays.

Although I loved riding a bike as a kid, I hadn’t straddled the saddle of a non-stationary cycle for years. For my entire adult life, I had avoided riding this two-wheeled contraption. After such a long hiatus, I was actually afraid of trying to ride it again. With Grammy’s advice echoing in my mind, I prayed that the statement “It’s just like riding a bike” was really true. 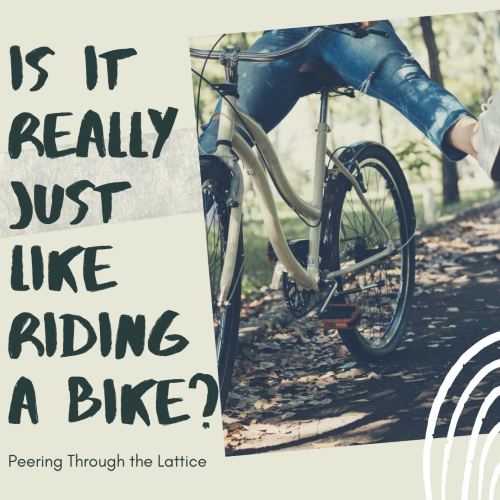 At sunrise three days later, I strolled through the neighborhood and considered the challenge of getting back on a bike. Should I keep putting it off or give it a shot? Hardly anyone was out and about. If I made an attempt that morning, there would be few witnesses if I made a fool of myself. How bad could it be?

By the time I returned home, I had made up my mind. Opening the garage door, I inspected a bike I might be able to ride. My daughter had fixed it up last year for herself and her sister. The tires were pumped up, and the brakes worked. Even the seat was about the right height. I had no excuses.

My first challenge was to fasten the helmet. I had never worn one before. When I was a kid, they were practically unheard of. Careful not to pinch my chin with the buckle, I blindly clicked it into place. Maneuvering the bike out of the garage and between our cars, I approached the deserted street. Which way should I go?

Ahead of me lay a short cul-de-sac with a slight upwards-grade for the first 50 feet. To my left, a longer street sloped steadily downwards for 700 feet or more. Although it wasn’t very steep, I was afraid of losing control on the way down or running out of energy on the return trip.

Opting for the shorter and safer option, I mounted the bike and wobbled across the street, frequently dropping my feet to the ground for balance. In between a few meager efforts to pedal, I propelled myself with feet on the pavement like a kid learning to ride for the first time. At the top of the incline, I turned around. 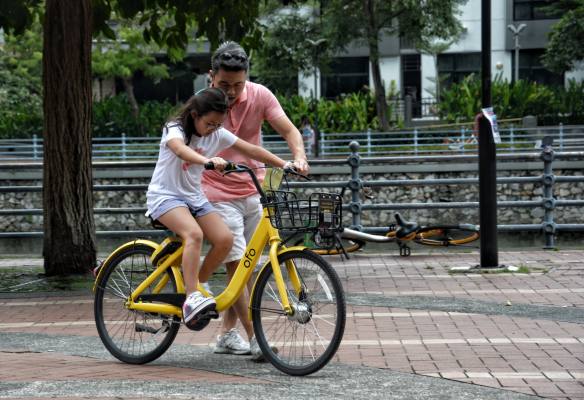 On the way back, I managed to keep my feet on the pedals. Flying at a breakneck speed of at least 5 miles an hour, it felt like I was a dizzying 10 feet off the ground. Though this first attempt only lasted for about 2 minutes, my nerves were frazzled, and my bottom was sore by the time I reached the driveway. But after a nearly 30-year hiatus, I had finally ridden a bike again!

My goal the next morning was to double the distance. Could I ride all the way to the end of the short cul-de-sac opposite our house? After climbing onto the bike, I found my balance within 30 seconds and kept my feet on the pedals.

Within a minute or two, I had already reached the end of the street, rounded the cul-de-sac, and was almost back home. On a whim, I decided to keep going. Coasting down the street I’d been afraid to try the previous day, I enjoyed feeling the wind whipping through my hair.

Nevermind that I held the handlebars with a death grip and pulsed the hand brakes the entire way down the hill. My pedaling and balancing muscles were waking up, and the ride was exhilarating.

Carefully, I turned at the lower cul-de-sac and pedaled back up to our house. Unwilling to stop yet, I turned and looped around the shorter cul-de-sac once more before returning home. In our driveway, I dismounted with a smile on my face. I had more than quadrupled the previous day’s distance and was actually having fun!

After two short rides, my seat was sore. How could I make future excursions more comfortable? As a reward for my progress and an investment in my future efforts, I ordered some padded leggings and a cycling shirt. 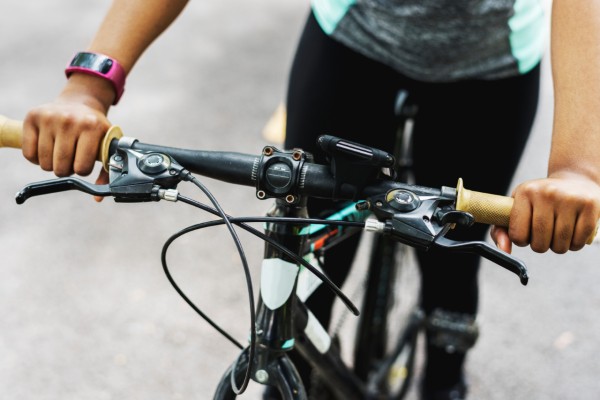 I continued to practice riding a bike each morning, and my husband decided to get on board as well. Since we had only two appropriately sized bikes for our family of seven, I chatted with a family friend before church on Sunday morning. He shops thrift stores for lightly-used bicycles and knows how to fix them up.

That evening, my daughter and I bought two bikes from him, and he promised to keep an eye out for a larger model. A couple of hours later, after dropping off our undersized models at a donation center, he purchased one my husband could ride. With five bikes in our garage, we only needed a few more helmets. After a quick trip to Walmart, we were all set.

Less than two weeks after my first attempt, I was all set up for cycling. I had a shiny blue helmet, a 21-speed mountain bike, and a complete cycling outfit. Making the two-mile round of the neighborhood each morning had quickly become monotonous.

Some of the hills were more challenging than I liked. I wanted to increase my distance but didn’t want to continue repeating the same streets. Was it time to hit the road?

I suited up on Saturday morning and planned to ride a route I had walked many times before. From experience, I knew that the sidewalks were wide and well-maintained. Although there were some slight ups and downs, there were no significant hills. The route was ideal.

Heading out of our subdivision, I prayed that I wouldn’t veer off the sidewalk. By the time I reached the traffic signal at the main road, I was becoming more confident. Since the light was red, I had to stop and wait before turning left and crossing the street. 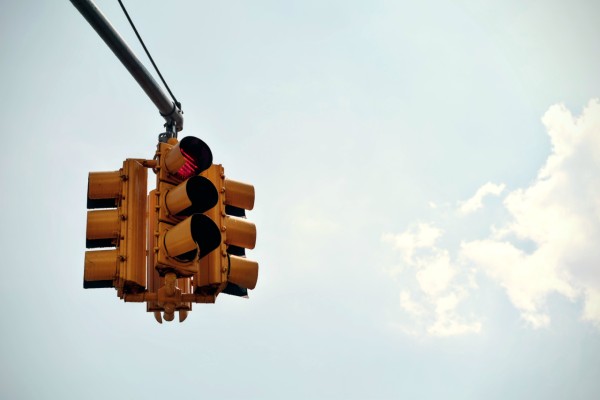 When the signal changed, I struggled to get my feet back onto the pedals. Did I sense some annoyance from the driver who seemed impatient to turn right?

Within seconds I regained my footing, crossed the street, and ascended the ramp to the sidewalk on the other side. Being watchful at store driveways and intersections, I pedaled onwards. I appreciated the slight declines but wondered if I would have enough stamina for the return trip. But since I had walked the distance in the past, I was sure that I could get back one way or another.

As I neared the end of the road, the terrain became steeper. Was it imperative that I conquer this hill? Satisfied with how far I’d already come, I stopped a few yards shy of the summit and turned around. I’d already cycled further than I had any other morning.

The return trip was smoother than expected. I learned to keep the momentum going by pedaling a little more on the level areas as I approached the inclines. Approaching the intersection where I had struggled on the outbound journey, I was pleased that the traffic signal was just turning green. I crossed quickly and paused just long enough to turn toward home safely.

By the time I reached our driveway, I had traveled more than five miles—my longest recorded ride.

For the first time ever, I had ridden on the sidewalk and even crossed an intersection on my bike. My muscles were a bit sore, but I knew they would become stronger over time. I was already anticipating several possible routes for the next weekend’s ride.

Before September, I never imagined that I would get on a bicycle again. If my mother-in-law hadn’t encouraged me, I might have continued to find excuses to avoid riding a bike. Although I prefer walking to cycling, I’m glad to add a new activity to my exercise routine.

As I continue preparing for our Taiwan trip, I hope to increase my cycling distance each week. Two or three short rides during the week will help me get in shape for some longer rides each Saturday. I hope to be prepared for grand bike excursions with the experts when I’m in Taiwan.

What activity did you enjoy as a kid that you haven’t done in years? Would you try it again as an adult?