I could not believe my ears! Last spring 13-year-old informed me she wanted to complete two grades of school this year. This is the same girl I frequently had to threaten with consequences or force to complete her work… the one who only did the bare minimum—less than that if she thought she could get away with it. If there was a shortcut, she could certainly find it!

Surely she did not know what she was getting herself into, did she? Was she mature enough to take on such a challenge? Would she be able to resist the temptation to take every possible shortcut? Should I let her attempt this unthinkable task?

As she and I talked, I discovered what was motivating her. Her younger twin sisters had been shadowing her progress and were nearly overtaking her in multiple subjects. As the older sister, she did not want them to be following that closely behind her or, even worse, surpassing her! In addition, most of her youth group friends had already moved up to high school, and she was afraid she would have to wait too long to be able to spend any time with them on Wednesday nights if she had another whole year of middle school.

Once I understood her motivation, I made it clear how much work would be involved and exactly what would be expected of her, thinking that would deter her. But she still insisted on trying. She was determined to succeed.

I outlined a plan for her to continue using ACE PACEs for English, Science, and Social Studies. These short workbooks clearly outline her work and are designed for students to complete at their own speed. Typically, a student completes one unit of a subject in 3 weeks; she took on the challenge of finishing each PACE in half that time, or less. For math, we chose to try out Lifepacs, hoping the seventh grade level she placed into would sufficiently prepare her for the high school algebra course she should take for her ninth grade semester. 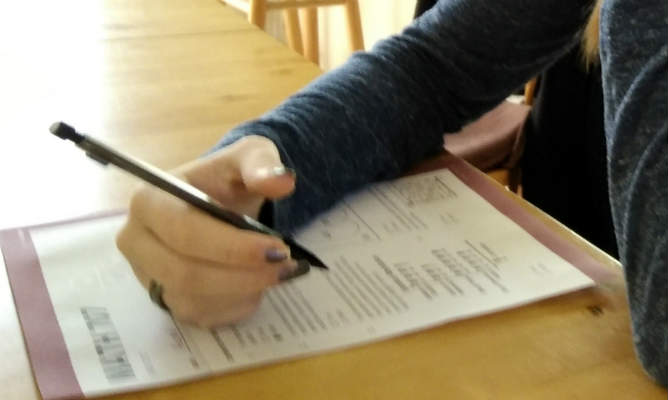 In August, she began her eighth grade work. From the start, she was focused and determined. At times she had difficulty concentrating enough to complete the day’s work, but she persisted. She had some long days and late nights in her quest to stay on schedule. While struggling to understand math concepts, she enlisted help from me, my husband, and her older brother. Some assignments were carried over into the weekend. 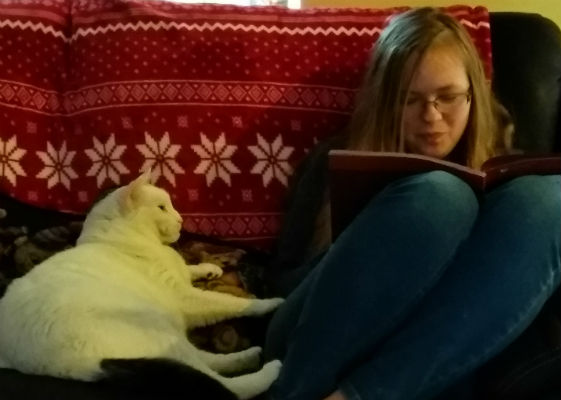 By Thanksgiving, she had finished her U.S. History PACEs, so she began the World History course to get a head start on ninth grade. Before Christmas, she completed math and science as well, leaving only a couple of gap English PACEs to complete as she officially began ninth grade in January. 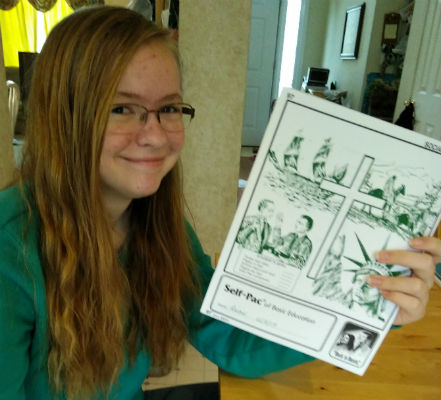 I could not be more proud of this determined young lady. She set a goal, stuck to the plan, persisted through the difficulties, and succeeded. I can not wait to see what is ahead for her in high school and beyond.