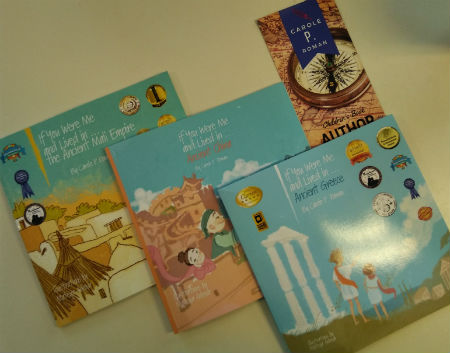 As part of the Homeschool Review Crew, my twins and I had the opportunity to read three books by Carole P. Roman. At first glance, I feared her books would all be too juvenile for my twelve year old daughters, who stopped reading picture books years ago. I almost declined the opportunity to review them until I peeked inside the Carole P. Roman books and collections on Amazon. On the pages of her books about Ancient Greece, Ancient China, and Ancient Mali, I discovered interesting facts my girls might enjoy exploring.

Shortly after we received the books, the girls snuggled together on the sofa and took turns reading If You Were Me and Lived in… Ancient Greece. I enjoyed watching them interact—pointing out details in the pictures and adding their own commentary. 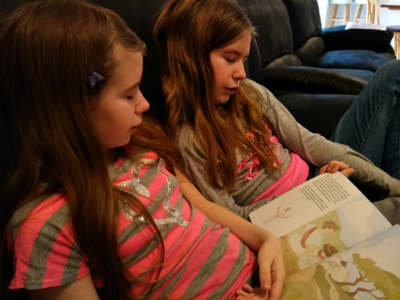 “I like the way that it’s telling us about food - the way it explains it is cool!”

They reacted strongly to some facts. “Wasn’t it wasteful for the Greeks to use bread as napkins and then feed it to the dogs later?” After thinking about it, the girls decided it actually made perfect sense since the Ancient Greeks did not buy special food for dogs like we do today. What an ingenious way to clean their hands and feed their pets!

The twins also discovered that there was no drinking age in Ancient Greece. The Greeks “thought that water was bad if you drank it by itself…and they couldn’t filter it well enough.” The girls are thankful for good, clean water.

The descriptions of the clothing captivated the twins. One girl “really liked the idea of women wearing golden and silk hair nets” while the other commented that “the flowy linen dresses…sound like they would be floaty, made of the most flowy material ever. They just sound super cool!”

My ninteen-year-old daughter has always been fascinated with Greek myths and could not help herself from listening in as the twins were reading. Along with correcting their pronunciation of the Greek names, she commented on the creature that pulls Poseidon’s chariot in Greek mythology. The book describes the creature as half horse and half snake. She remembers reading in other Greek Myths books that it was half horse and half fish. I am not sure whether this is an oversight on the part of the author or simply an alternate version of the story. 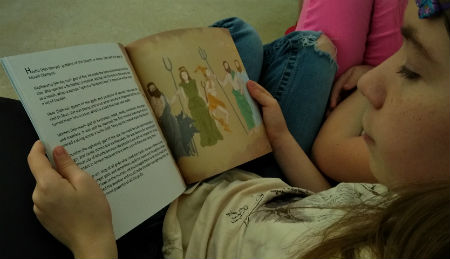 A section at the end of the book introduces the Greek gods and goddesses, highlighting basic information about each one. Afterwards, a glossary defines words which may be unfamiliar to young readers.

The girls read half of the book in one sitting and the other half the following day. When they were finished, each gave me her own evaluation of the book. I had been concerned they might not enjoy a picture book because it may seem too juvenile to them. Both, however, “really liked the style the people were drawn in” and thought the illustrations were “really well done and show you what it would look like…what they’re describing with the words.”

Did they learn anything while reading the book? Absolutely. “I never knew Artemis was a girl, and I loved learning about the Greek gods,” commented the older, but smaller twin. Her sister enjoyed learning about the beliefs of the ancient Greeks and exclaimed, “I want to read Greek Myths!” My thirteen year old daughter promptly supplied her with a couple Greek myths books that she has enjoyed reading. 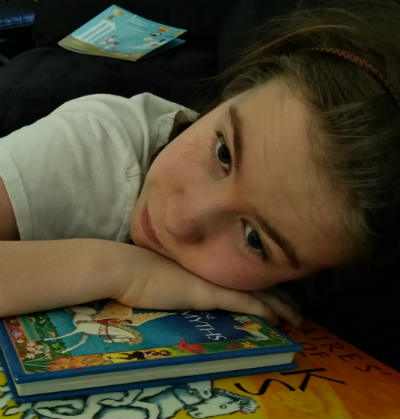 While my oldest daughter was en route to Taiwan, the twins traveled back in time, reading If You Were Me and Lived In… Ancient China. Children there are referred to in the family by their birth order. 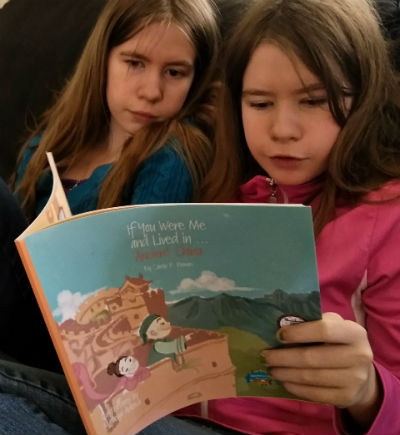 Even though my twins’ “First Sister” was no longer home, their “Second Sister” enjoyed listening to the story and commented on it as well:

“It was interesting to hear from a second person point of view because normally books would not be written like that. It was as if you were a spy, and they were giving you an identity you had to follow!”

She was surprised that the boy telling the story only seemed to pay attention to his “First Sister” even though other sisters appeared in the drawings.

“Third Sister” read the entire book aloud; she and her twin enjoyed studying the pictures and interacting with the text as she read. “Third sister” especially enjoyed learning how silk was made but was disappointed that the book was written from the perspective of a boy. “Fourth Sister” loved learning about ancient Chinese hairstyles but commented that the images were pixelated, making it hard to see some of the details.

While reading, the twins discovered a few grammatical mistakes that made parts of the book a bit challenging to read. They discussed the best way to correct each error.

At the end of the story, the author briefly highlights significant figures from ancient Chinese history. The girls were not interested in reading about them or investigating the glossary that followed.

We saved If You Were Me and Lived In… the Ancient Mali Empire for last since the Mali Empire came last chronologically and was far less familiar to the twins. For two weeks the girls knew this book would be coming up and kept asking where the Mali Empire was. As I read to them, they discovered that Ancient Mali was an Islamic kingdom in Africa from the thirteenth to seventeenth centuries. 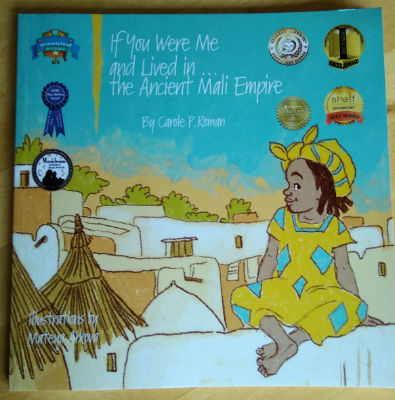 The twins were delighted that this story is told from the perspective of a girl. However, they did not interact nearly as much with this book as with the first two. Perhaps it is because I was reading it to them this time, or maybe they were tired of the format.

One aspect of Ancient Mali life that intrigued the twins is that girls would marry soon after their twelfth birthdays. I watched two sets of eyes grow large as that fact hit home. At twelve years old, neither of them can imagine getting married in the near future!

Even though the story was full of interesting facts, there were some writing mistakes. The twins exercised their intellects by identifying grammatical mistakes or missing words. They thought this book had more of these errors than the previous two. We were all a bit disappointed.

I was glad we had the chance review these books because it gave us a chance to evaluate writing and discuss what types of books are best for different ages. If it had not been for the review, I would never have given the books a second glance, figuring they were just picture books designed for younger kids.

What age are these books appropriate for? The publisher recommends this series for ages 8-15, but my girls had their own ideas. The writing style reminded the younger twin of Disney’s Never Girls series, which she enjoyed reading in the past. In her opinion, Carole’s books are “targeted to a younger audience,” perhaps ages 6-10. Her sister, however, thought the books would be appropriate for ages 7-13 because of the interesting picture illustrations combined with all the information about ancient cultures. It really is a tough call; because they are picture books, I would expect them to appeal to a younger audience, but the writing is definitely targeted toward middle school.

Did the girls enjoy the series? One twin certainly appreciated the interesting content and the illustrations. She enjoyed learning about ancient cultures. The other did not enjoy the books as much.

Carole P. Roman’s ancient cultures books are full of information which children of varying ages can relate to. If You Were Me and Lived in…Ancient Greece seemed to inspire the girls the most, though they also enjoyed reading about Ancient China since they are fascinated with Asian culture. Unfortunately, because of pixelated illustrations and errors in the text, none of the three books would be my top choice for teaching twelve-year-olds about these ancient cultures.

I took a quick glance at excerpts of some of Carole’s other books on Amazon to see if there is a difference in the print quality. If You Were Me and Lived In… Renaissance Italy and If You Were Me and Lived in… Elizabethan England seem to have clearer pictures than the books we reviewed and might be interesting to read when studying Renaissance art or learning about Shakespeare. The majority of her books are written for an elementary audience, so be sure to read Crew members’ reviews of her other books if your kids are younger.