One night many years ago, angels surprised simple shepherds. They filled the night sky, proclaiming the news of Jesus’ birth.

After overcoming their awe at the angelic proclamation, the shepherds embarked on a mission. The scruffy, unkempt men headed into town. They were determined to greet the newborn Heavenly King, the Messiah, the Savior of the world. 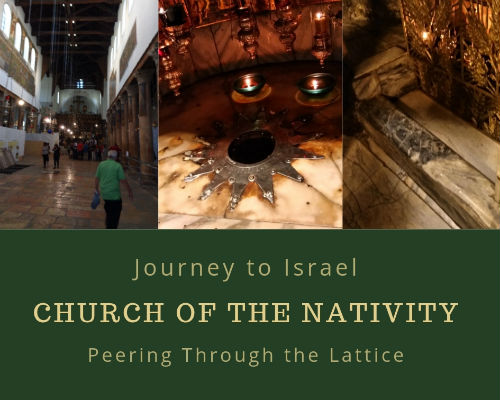 About six months ago, my husband and I made a similar journey. We traveled from the Shepherds’ Field into the city of Bethlehem to see where Jesus was born.

Although the shepherds raced in on foot, we rode into town on a plush tourist bus. Ads for KFC and Coca-Cola greeted us. 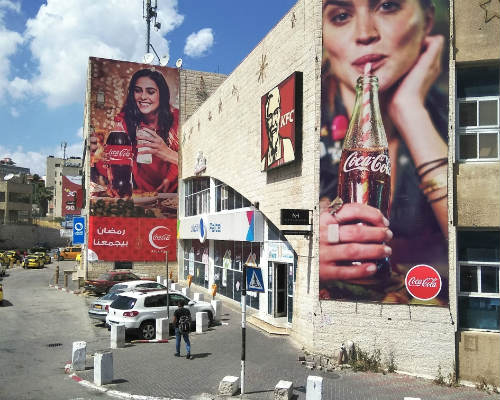 From the parking deck of a shopping mall, we began our trek to the manger. As we walked up the street, the “Stars & Bucks Cafe” seemed oddly familiar. 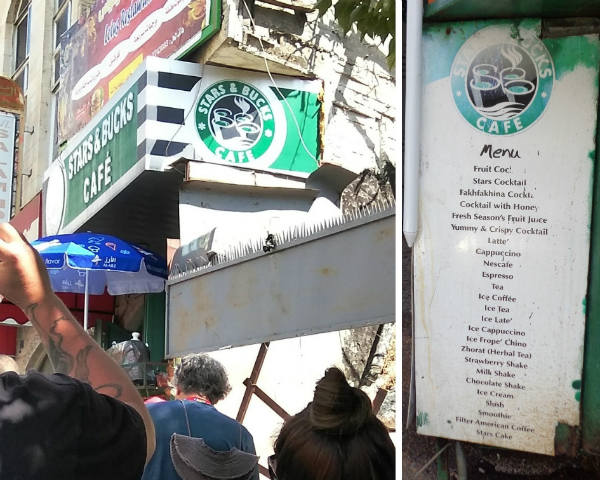 The Church of the Nativity was just around the corner. Three denominations share the site—Greek Orthodox, Roman Catholic, and Armenian Apostolic. The cave of Jesus’ birth is shared by all.

We crouched and ducked through the doorway to the Greek Orthodox Church. Its low height reminded us to reverently approach the holy site. 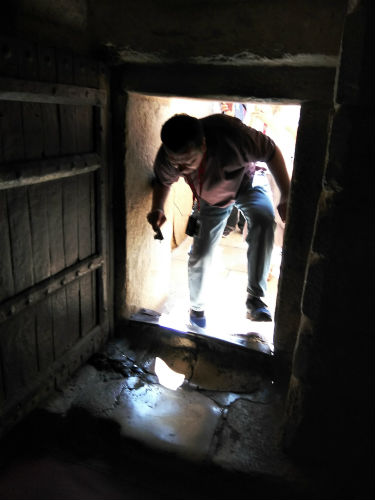 Inside was a large, narrow sanctuary. At first glance, it seemed simple and rustic. 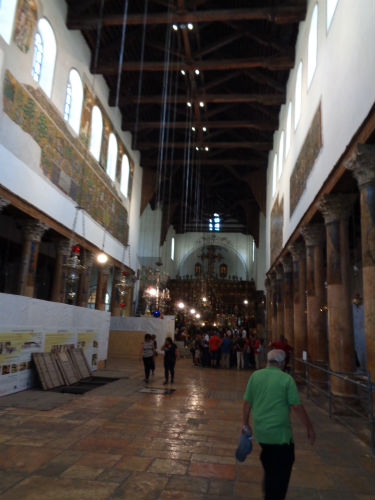 But toward the front of the sanctuary, chandeliers and other decorations hung from the ceiling, giving it a festive ambiance. 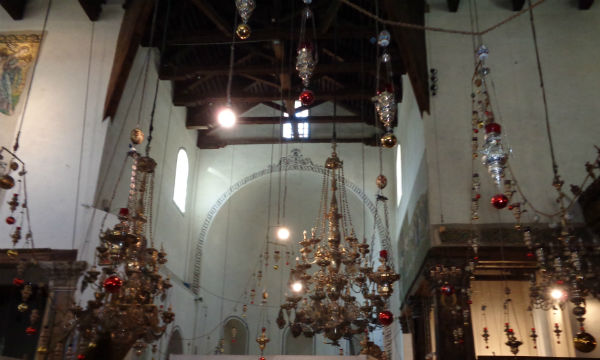 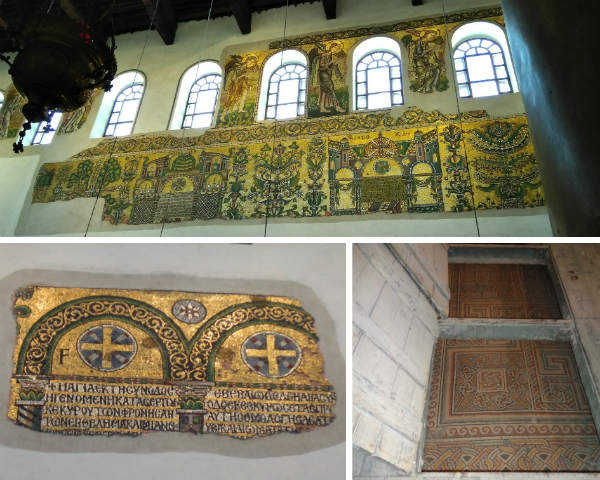 Along the right-hand wall, a large group of people awaited entry to the Grotto of the Nativity. We joined them and waited for our turn to see the manger where Jesus was born.

At last, we slipped through the doorway and down a hallway to the manger room. 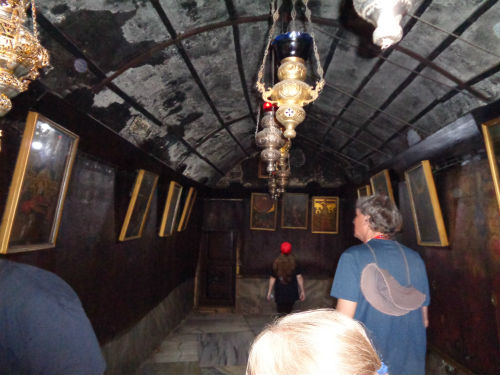 Once inside, we each took a turn entering the cave area and gazing at the manger. It was basically a stone ledge. 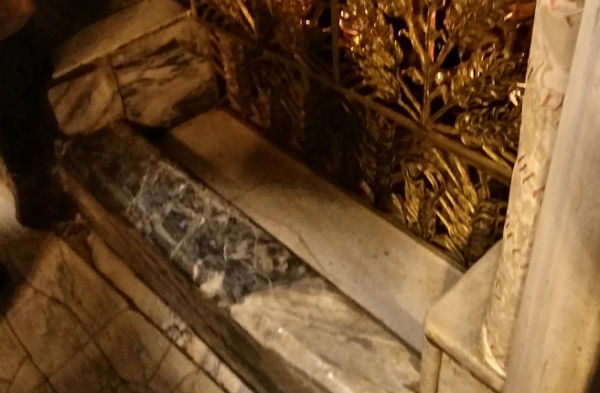 Above it, the image of an eight-pointed star reminded us of the star which brightened the sky at Jesus’ birth. 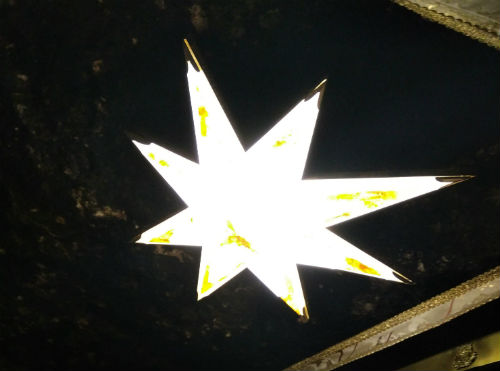 Like the shepherds so many years ago, we had seen the manger—the first cradle of the King of Kings. I could imagine him lying there, swaddled snuggly, while Mary, Joseph, and the shepherds gazed in wonder. But what a humble, cold, dark and dingy place for a baby to be born!

We exited to the other side of the Greek Orthodox sanctuary. Leaving the building, we entered a courtyard. It was a perfect place to rest and reflect on what we had seen. 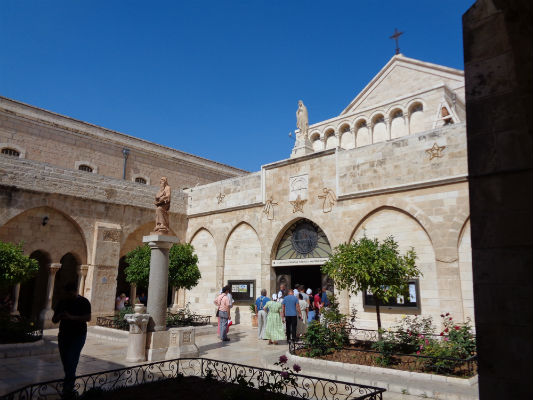 “See within a manger laid, Jesus Lord of heav’n and earth
Mary, Joseph, lend your aid, with us sing Messiah’s birth!”

Did I have any idea of how my visit to Bethlehem would color my understanding of Luke 2 this Christmas season?

As we sang “Angels We Have Heard on High” in church this Sunday, the words came alive to me in a new way. After all, I had been there! I had seen the field where the angels sang to the shepherds. Traveling into town, I had searched for the manger that cradled the King. And I had seen it—a real place—not a figment of some first-century imagination.

I wonder how many other hymns and passages of Scripture will come alive to me in a new way now that I have visited Israel.

What Christmas carol or Scripture verse is most meaningful to you this season? Please share in the comments.

Next in the series: Journey to Israel & Homeschool History - Saint Jerome