What subject strikes fear in the average homeschool mom? Math—especially at the high school level. Because I’m pretty math-minded, the subject doesn’t typically overwhelm me. But attempting to push the easy button this year—allowing my girls to learn online using Khan Academy—caused some complications. What worked for one twin was torture for the other. Read on to find out what we ended up doing. 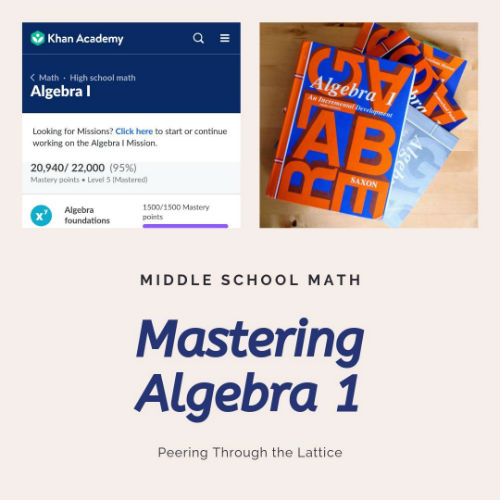 I love the versatility of Khan Academy. It’s an awesome free tool homeschool parents can use to refresh their memory of long-forgotten math skills. Students using a textbook approach can watch videos that explain challenging concepts and complete problems online for extra practice. Khan Academy can even serve as a stand-alone curriculum.

It was a great fit for one of my girls. Using the teacher tools, I created daily assignments for her to complete online. Viewing her progress was simple. 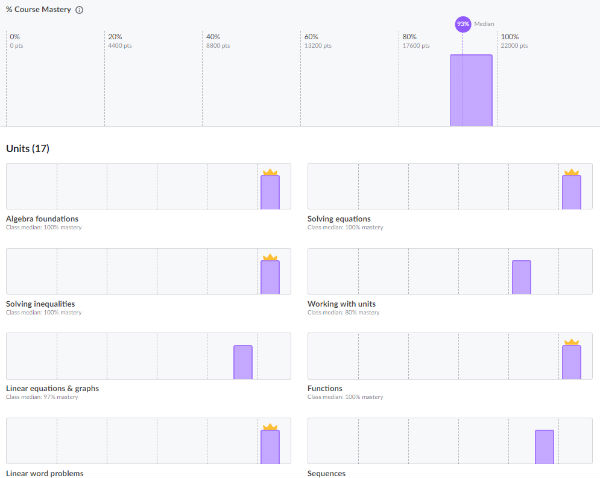 With the teacher features, I utilized a class progress screen. 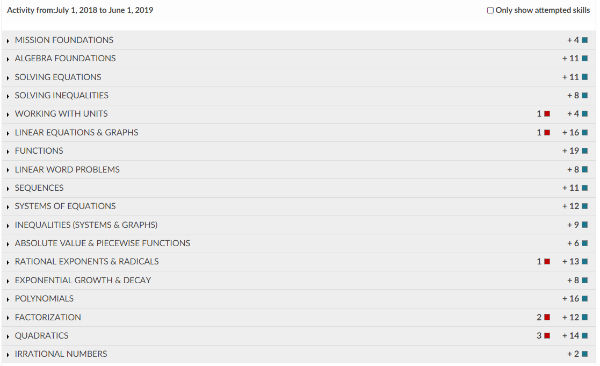 The child summary allowed me to see at a glance how many skills she has completed.

As you can see, she has mastered more than 90% of the material. Even though there are still a few problem areas, I’ve pronounced her year of Algebra I complete and given her an A based on the percent of skills she has mastered.

Midway through the year, the other twin’s progress on Khan Academy stalled. Despite continued attempts to master new concepts, she grew increasingly frustrated. I realized a different approach would serve her better. Since Saxon math had worked great for my older children, who have now graduated, I pulled out Saxon Algebra 1. 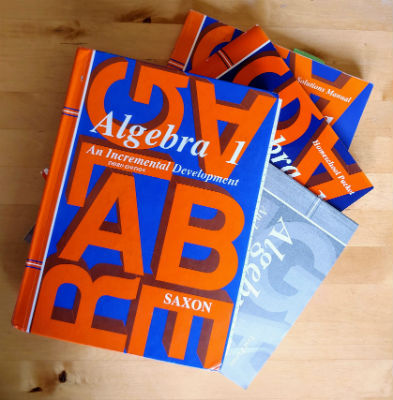 We completed one or two lessons each day. At first, she and I read the lessons together. Later, I made an essential shift: she read each lesson on her own then explained it to me while working the Practice Problems. Most days, she did this with ease. When she encountered confusing lessons, I helped her through the first problem. After that, she could easily explain the next one.

Every lesson concludes with a Problem Set which covers concepts from previous lessons. Since we were completing the course at an accelerated pace, and she had already practiced some of the skills on Khan Academy, I strategically assigned a selection of problems. This helped her focus on areas which needed more practice, making algebra an enjoyable experience rather than a tedious task. 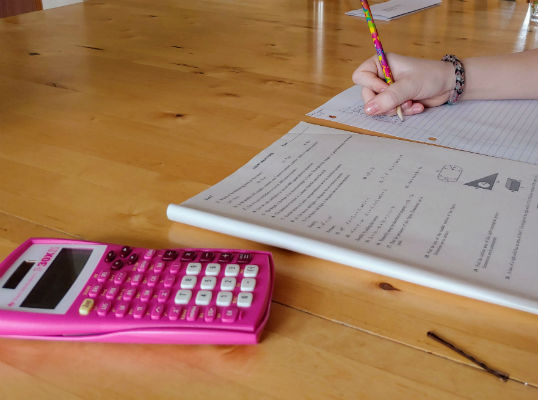 Each week, she took one or two tests to ensure that she had truly mastered the material. I allowed her to attempt missed problems a second time for partial credit.

Staying focused during the final two weeks was tough since her twin sister had already completed all of her school work. Diligently, she stuck with it and finished the book, though I allowed her to skip the final three tests.

I was thrilled to see my daughter achieve a 91% average on her tests. Combined with her oral explanation of the practice problems and completion of all assigned homework, that’s a solid A. I’m so glad we made the mid-year switch when Khan Academy stopped working for her. 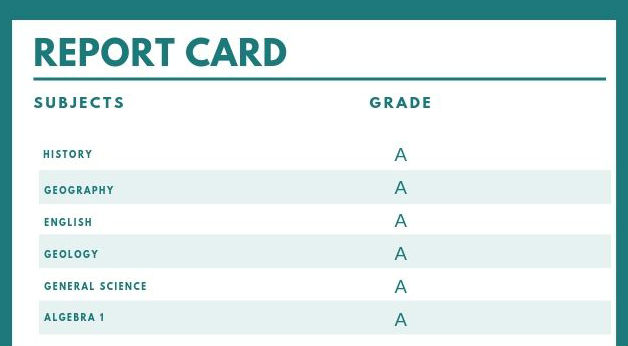 Although the twins took different paths in math this year, they both achieved A’s. Algebra 1 provides each of them with their first high school math credit, though they won’t officially begin high school for another year.

When my older kids reached this level of math, we used Saxon Algebra 2, which helped them master essential algebra and geometry skills. Given our past success, I dug the curriculum out of my homeschool archives so the twins can use it next year. 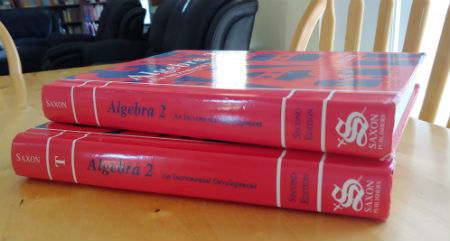 I am slightly concerned that the Khan Academy twin might struggle a bit. When I assigned her the placement test for Saxon Algebra 2, she did not do as well as I had anticipated. However, a peek at the placement test for the next Saxon level revealed that she already knew some of those concepts. She should do fine. I’m looking forward to having both girls using the same curriculum for math next year. 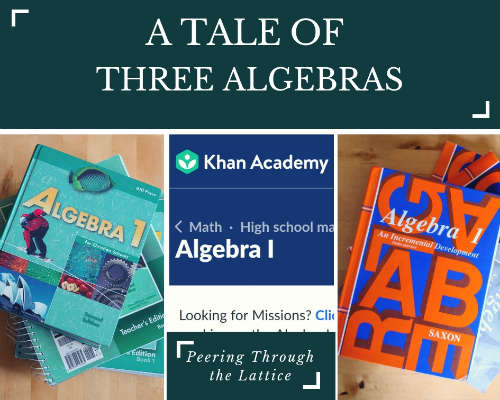 What is your favorite high school math curriculum? Please share in the comments.