As we boarded the bus to continue our week-long tour of Israel, praise songs still rang in my head. I had enjoyed our musical interlude in the amphitheatre at Beth She’an. But my thoughts soon turned toward Jerusalem, our home base for the rest of our trip. What would it be like? 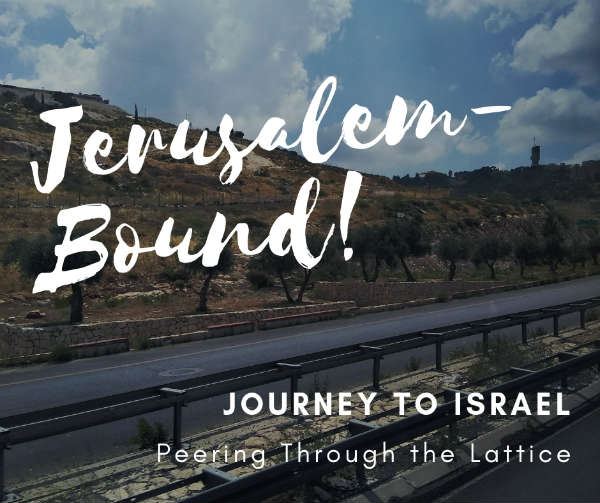 Toward the Dead Sea for Lunch

We were soon underway, heading south along the Jordan River toward the Dead Sea. We passed in and out of Palestinian territory as we traveled. 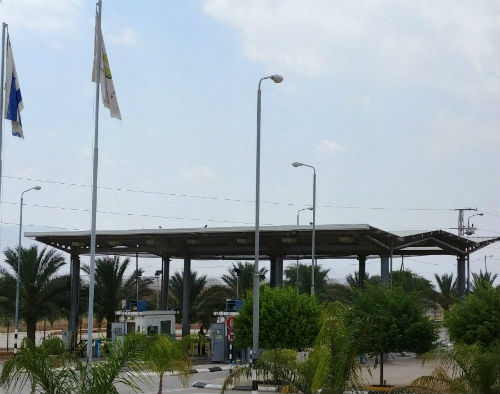 From the bus, I surveyed the changing landscape out the window. At first, we could clearly see the hills of Jordan rising on the other side of the Jordan River.

Further south, the land appeared more desolate and barren. Gazing out the window, we watched a group of camels cross the scant vegetation.

It was nearly one o’clock when we glimpsed the top of the Dead Sea through the haze. What kind of place would serve lunch around here?

Turning by a line of palm trees, we drove down a side road to a little oasis. A Jewish commune, or kibbutz, provides food and lodging here. We were glad to get off the bus and stretch our legs on the short walk to the cafeteria. 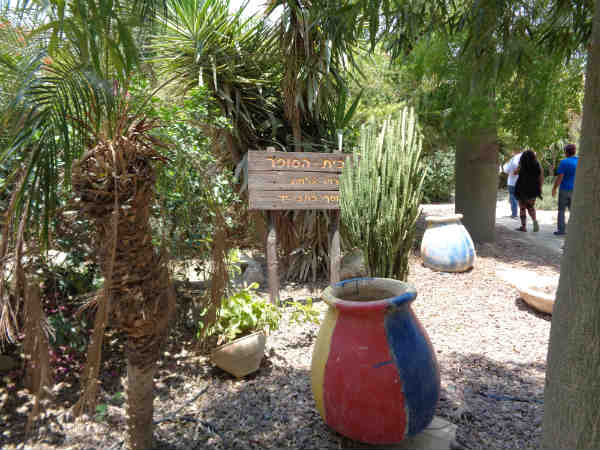 Although most land near the Dead Sea is barren, the kibbutz grounds are well-cultivated. Greenery and flowers greeted us as we walked through the hot, dry air. 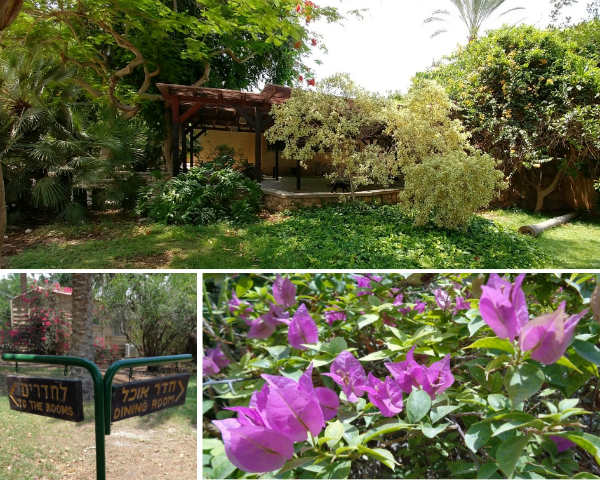 The dining room was similar to an American cafeteria. The food was nutritious and filling, though not anything to write home about. The Israeli ice cream we enjoyed for dessert was delicious.

With our hunger satisfied, we boarded the bus once again.

From the Dead Sea area, we drove west. Again, the landscape changed before our eyes. Barren desert land turned into a mountainous area. Our ears popped at the change in altitude. 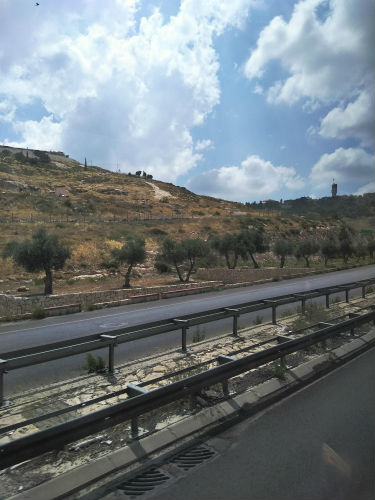 As we ascended a long, steep hill, I thought of the Songs of Ascents, a series of chapters in the book of Psalms. Pulling up the Bible app on my phone, I started reading Psalm 120. I imagined Jews of long ago climbing these hills to Jerusalem for Passover, singing these psalms along the way.

When I read the familiar words of Psalm 121, the words struck me in a new way:

“I lift up my eyes to the hills.
Where does my help come from?
My help comes from the Lord,
who made heaven and earth.”

What a great reminder for pilgrims to Jerusalem, a city built on seven hills! Our help and hope are in the Creator God, not the Holy City, no matter how amazing it may be.

Music from the bus’s sound system jolted me out of my reverie. As we made our final approach to Jerusalem, our tour guide played the song “The Holy City.”

The song continued as we passed through a tunnel.

On the other side, the city of Jerusalem greeted us. We had arrived!

Through the window, I could already see places I had previously glimpsed only in photos or videos. History was all around us. Old Testament kings ruled from this city. The Jewish Temple was built and rebuilt here. Jesus visited Jerusalem several times.

Somewhere in the city lay the site of Jesus’ death and resurrection. There was so much to see. We could hardly wait to begin.

What sites in Jerusalem would you most like to see firsthand? Please share in the comments below.

Next adventure on our trip: The Mount of Olives and Gethsemane. Click here to journey along with me!