After passing through the tunnel into Jerusalem, we exited the main road. The streets along the top of Mount Scopus seemed to be designed with small cars in mind. Are tour buses supposed to go down these narrow streets? To our amazement, our driver navigated expertly through the twists and turns. 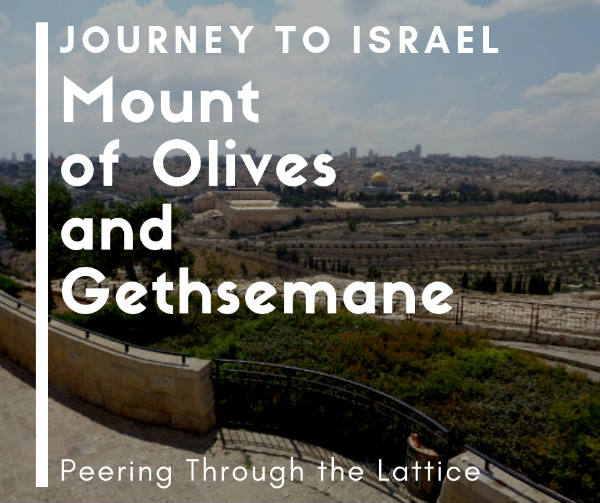 Our first stop in the city was atop the Mt. of Olives. We climbed out of the bus and walked past a camel waiting to offer rides to tourists. 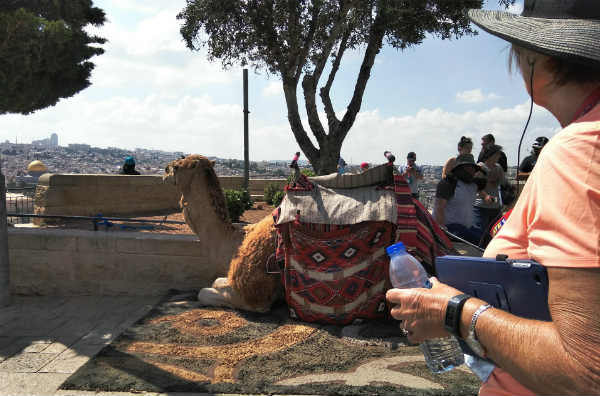 We walked a few hundred feet to the overlook and paused to take it in. The city of Jerusalem surrounded us.

Mika, our tour guide, explained our surroundings as we basked in the breeze. We could see the main areas of the Holy City from our vantage point. 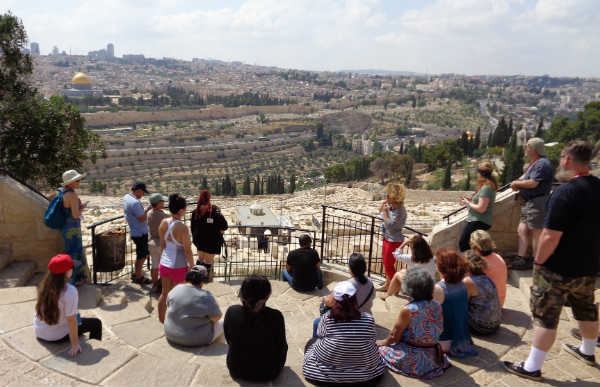 The Kidron Valley below us held Jewish graves. American cemeteries are often dotted with flowers by each tombstone. Not a flower was in sight here though. Instead, the many tombs are studded with rocks left there by family members and friends. 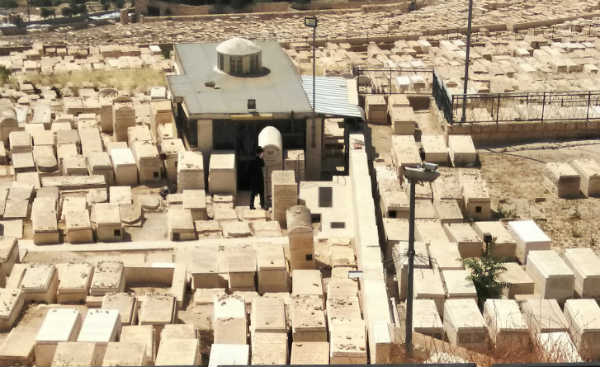 Beyond the tombs stand two churches. The gold-domed Church of Mary Magdalene lies near the foot of the Mount of Olives. Further up is the Dominus Flevit, a Roman Catholic church. 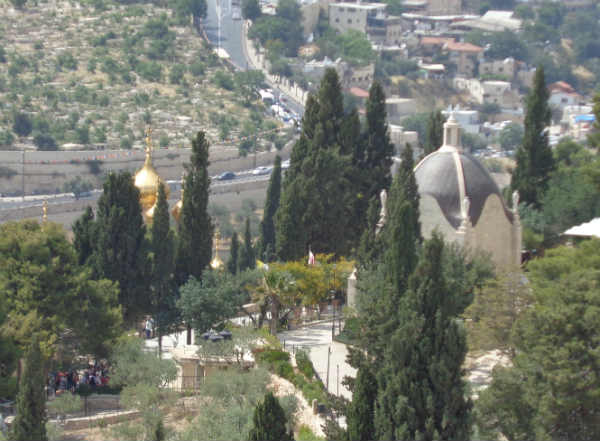 Looking across the valley, we could see the walled city. The familiar form of the golden Dome of the Rock stood out atop the Temple Mount. 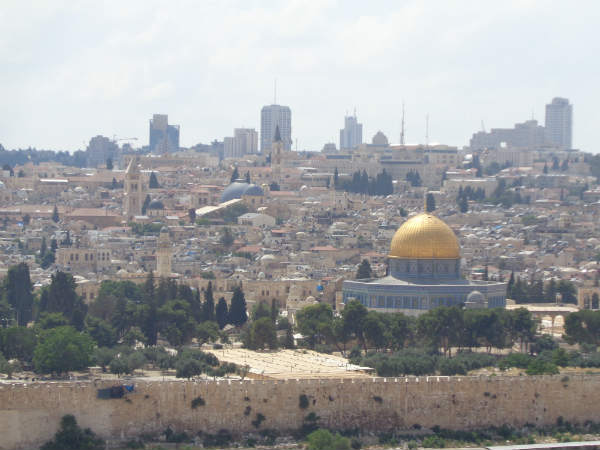 After this brief orientation to the City of Jerusalem, we drove to the Garden of Gethsemane.

The Garden of Gethsemane appeared to be a stone’s throw from our vantage point atop the Mount of Olives. Even so, it took fifteen minutes to drive the short distance.

We climbed off the bus onto the sidewalk. There we paused to appreciate the beautiful mural that adorns the Church of All Nations. 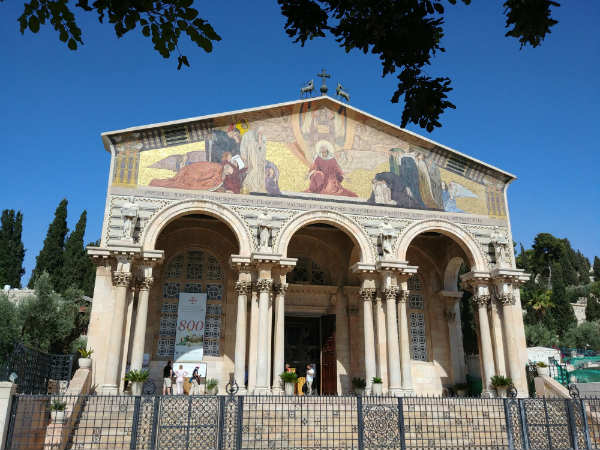 After crossing the street, we walked along a narrow alley to the entrance. 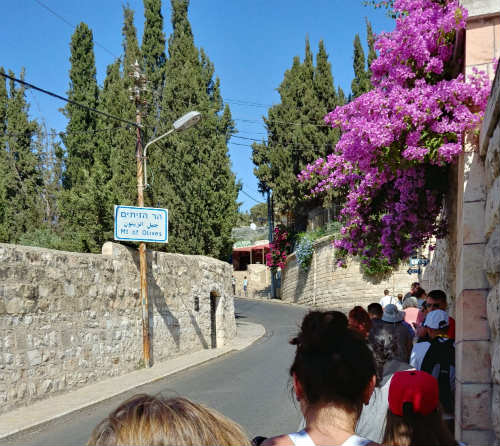 We passed through a gate into a garden full of olive trees. Some were large and appeared to be ancient. Could they have borne witness to Jesus’ famous prayer here? Mika put that idea to rest. Olive trees do not typically live more than 600 years. The odds are that the trees which stood here in the first century AD are long dead by now. 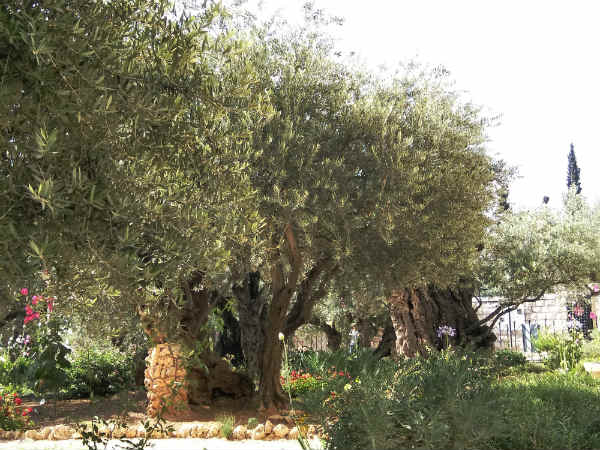 Placards on some of the olive trees indicate that popes planted them.

Following the path, we appreciated the beautiful garden surrounding the olive grove. 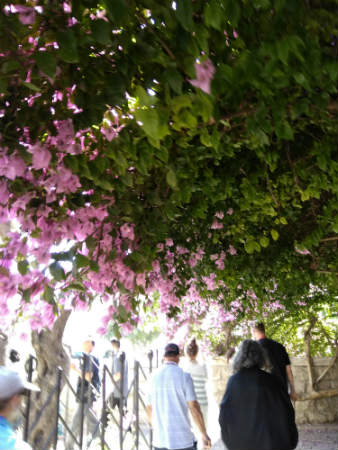 Finally, we entered the church. The mosaic tiled floor beneath our feet caught our eye. 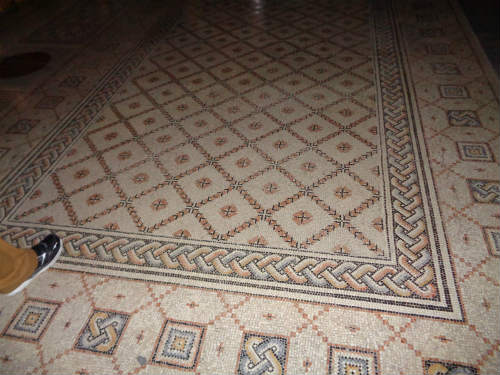 The ceiling above our heads resembled a starlit night. 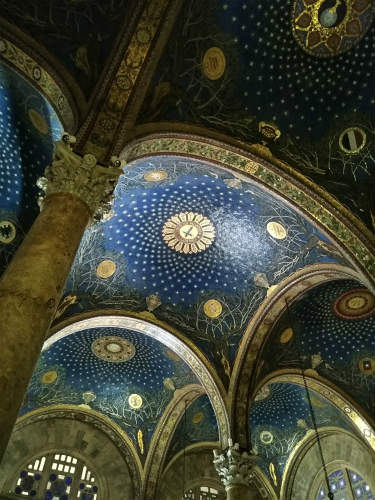 The wall behind the altar held a mural of Jesus praying in the garden. I wonder what it would it have been like to come to Gethsemane with Jesus that Passover evening. Could I have anticipated what the next day would hold? Would I, like the disciples, have struggled to keep my eyes open as Jesus spent precious time in prayer? 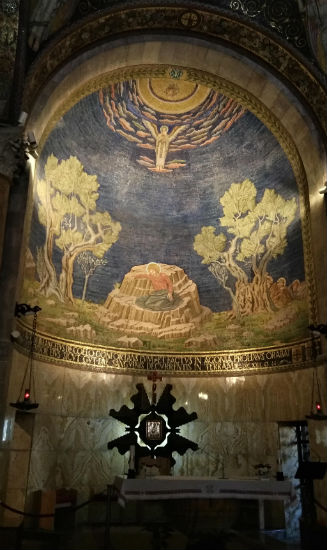 Images along the wall brought to mind his betrayal. When the crowd of soldiers approached and Judas betrayed Jesus with a kiss, how would I have reacted? Would I have grabbed a sword to defend my master like Peter? Or would I have run away? 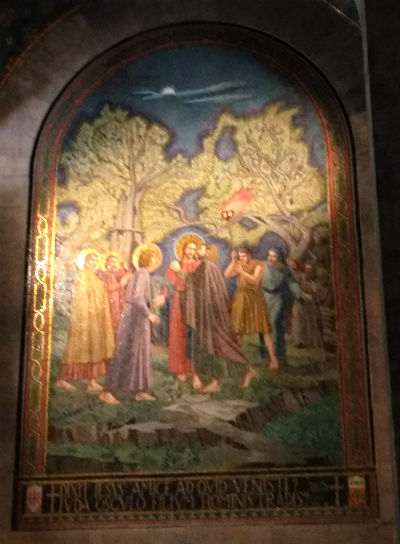 Near the exit, we looked up and saw the American Eagle emblem. Why was it on the ceiling? Then I remembered we were in the Church of All Nations. I had not looked closely enough to see other nations represented on the ceiling, but this patriotic symbol sure caught my eye. 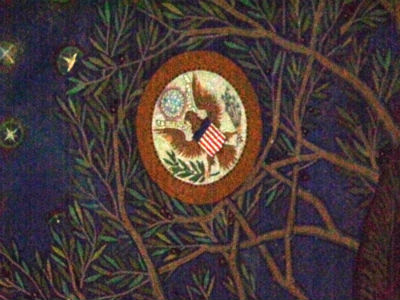 We walked back through the garden to board the bus. Our day held one more stop—the Garden Tomb. What would it be like?

Can you imagine experiencing Gethsemane with Jesus? Could you have stayed awake? What might you have done when the soldiers came to arrest him? Share your ideas in the comments below.