After an early-morning visit to the Western Wall, our group toured the tunnels beneath it. Archaeologists are still excavating these underground passages. They are always discovering new things about Israel’s rich history. 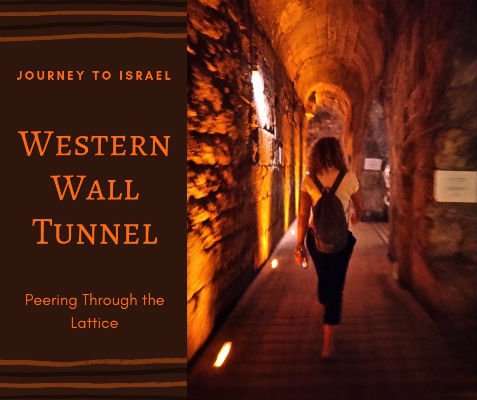 Our tour began in a niche that was a support for the ramp we had ascended from the Western Wall Plaza. With a scale-model and various slides, our tour guide explained centuries of changes on the Temple Mount. We crowded around and listened. 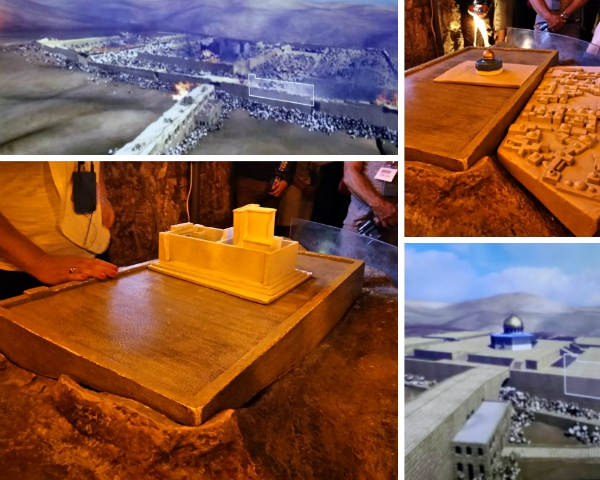 Exiting the small room, we slipped through narrow passageways. Padding on low-hanging rock ledges prevented serious head injuries for the taller members of our procession. 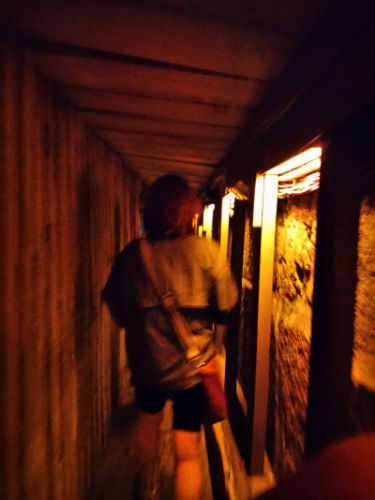 Mika encouraged people with claustrophobia to enter first. I often feel uncomfortable in tight spaces, so I went ahead. Most of the passageways were not as narrow as I had imagined. 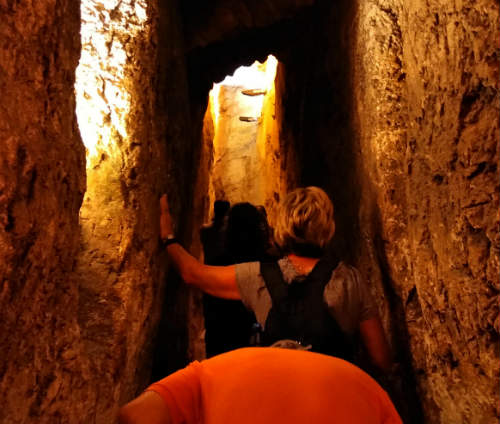 Since those in front of me were even more sensitive to tight spaces than I am, they moved speedily through. I had no problems. 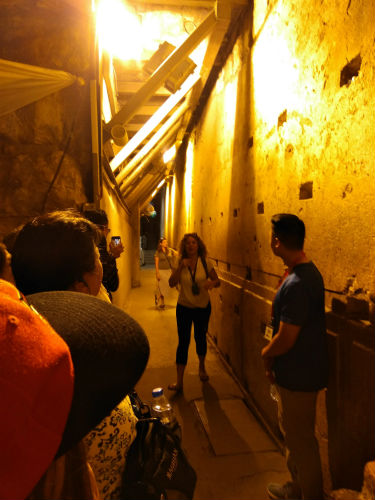 When we paused to rest, Mika told us about a recent discovery in these tunnels. Archaeologists recently uncovered a pool and cisterns during a nighttime dig. When they enlarged the passageway and broke through, they were in the basement of a monastery.

Before leaving the Western Wall Tunnel, we watched a short video about the building of the second Temple. 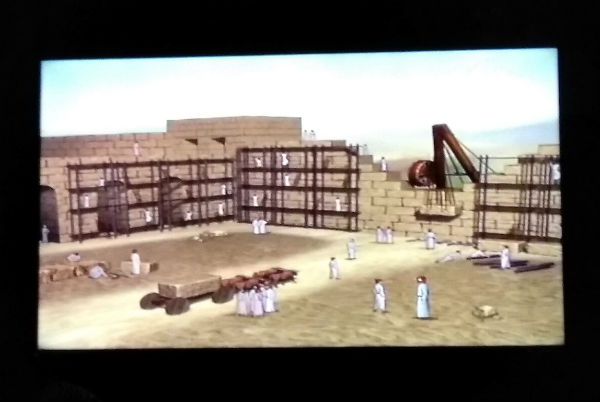 A few minutes later we exited the dimly lit tunnel into the bright sunshine. We were only a few steps away from our next stop—the Pool of Bethesda.