Bleary-eyed, I rolled over and turned off my phone alarm. The day’s schedule required us to rise before six. Although the clock was an hour away from midnight back home in Georgia, I was rising to greet a new day in Israel.

I pulled on some cool, comfortable clothes and slathered on sunscreen. For most of the day, we would be out in the sun, and I did not want a sunburn.

After a hearty buffet breakfast, we climbed on board the bus and headed to the Western Wall. 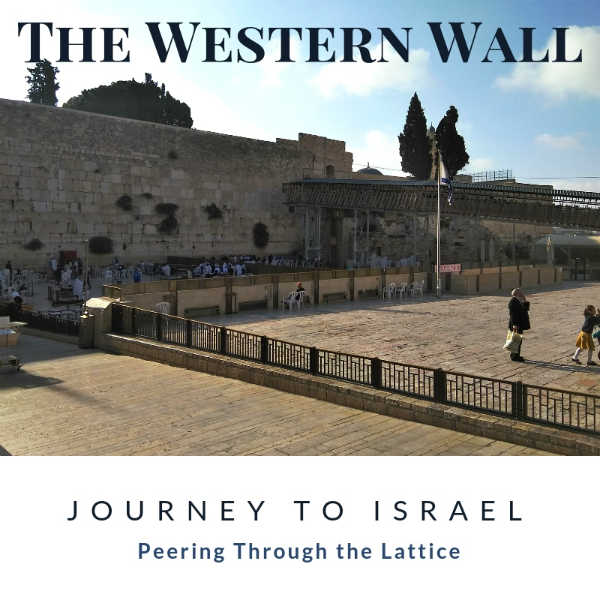 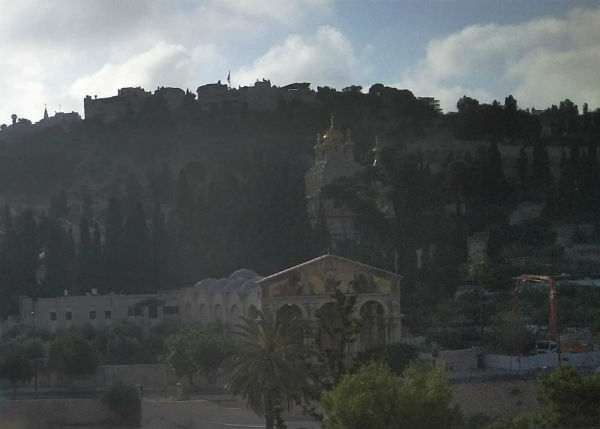 As we drove through Jerusalem, one of our group made the mistake of calling our destination “The Wailing Wall.” Mika quickly corrected him. This descriptive name has negative connotations. It was coined as a way of mocking the singing and praying of the Jewish worshippers. Locals refer to this location as The Western Wall.

Because we had risen early, traffic on the road was light, and we beat the crowds of tourists to the wall. Having left the bus, we entered a large plaza. 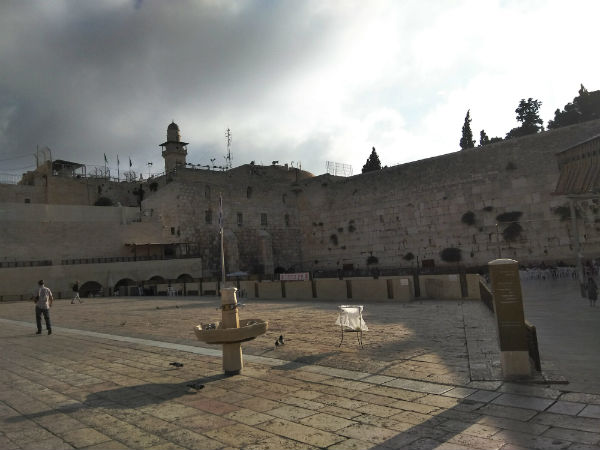 As we turned right to face the wall, the rising sun was practically in our eyes. 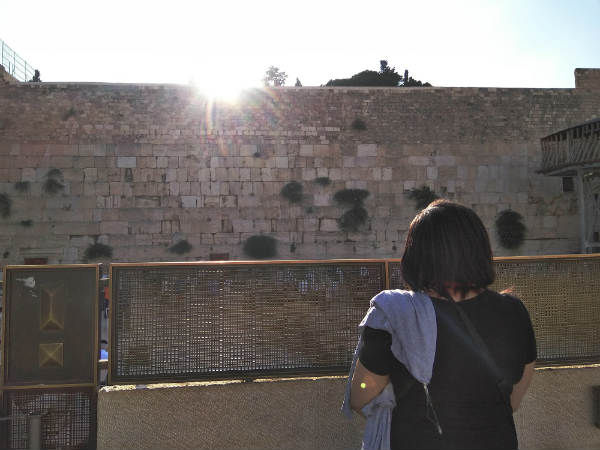 An area by the wall was sectioned off for prayer. There were two entrances - one for men, the other for women. After observing from the plaza, I entered the women’s area. 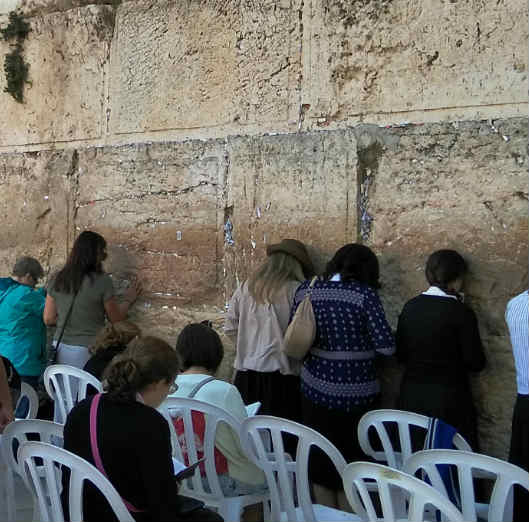 Several rows of plastic chairs faced the wall. Most of them sat empty that morning. Our early arrival meant we could walk right up to the wall and pray. Mika had encouraged us to write prayers on small slips of paper and fold them as tiny as we could. We could then shove those scraps into the crevices as many before us had done. 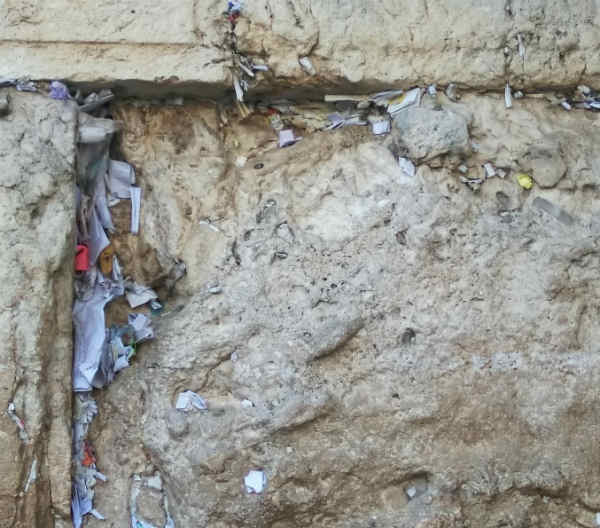 I breathed a silent prayer for Israel as I stood there. Then I joined my husband in the plaza.

Men approaching the wall were required to wear yarmulkes. By the men’s entrance, a basket of skullcaps allowed no excuse for an uncovered head. But the wind made up an excuse of its own for one of the men in our group. As he prayed by the wall, a strong breeze blew the cap off his head and out of sight.

At the back of the men’s section, there is an assortment of desks and chairs along with a small library of religious books.

Some Orthodox Jews are paid to go there each day to study, pray, and intercede for their people. Even in these deeply religious scholars, there is a bit of schoolboy. My husband relates, “I saw them looking around until we caught their eye, then they quickly went back to studying.”

Continuing past the prayer areas, we approached an old stone ramp. The foundations of the arches supporting it are actually below street level. 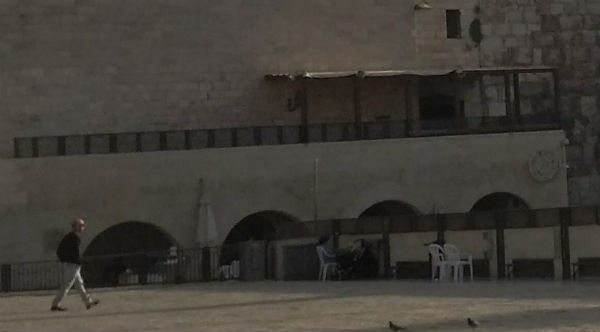 We climbed the ramp and congregated at a museum entrance. From here we took in one last view of the wall. My husband and I were surprised by the relatively small size of the Western Wall. The section we could see was much shorter and smaller than the length we expected. 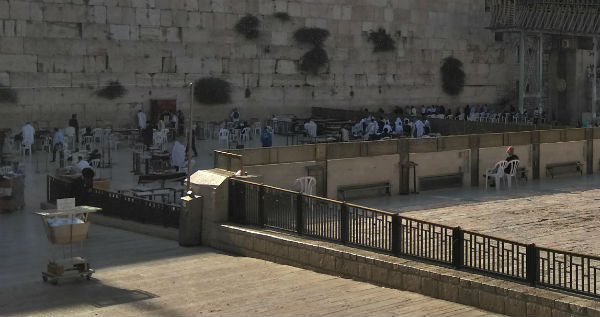 Next, we would head underground to explore tunnels that run along the Western Wall.

Pray for the peace of Jerusalem!
“May they be secure who love you!
Peace be within your walls
and security within your towers!”
For my brothers and companions’ sake
I will say, “Peace be within you!”
For the sake of the house of the Lord our God,
I will seek your good.
Psalm 122:6-9

Feel free to add a short prayer for the Holy Land in the comments below.