Whenever the Bible mentions “The City of David,” it is referring to Bethlehem, right? Wrong!

Although Bethlehem is sometimes called the town or city of David (see Luke 2:4), a small section of Jerusalem officially bears that name. David ruled Israel from the City of David, and the tabernacle rested there until the Temple was built. Is it possible that the Temple itself was actually located there—not on the traditional Temple Mount? 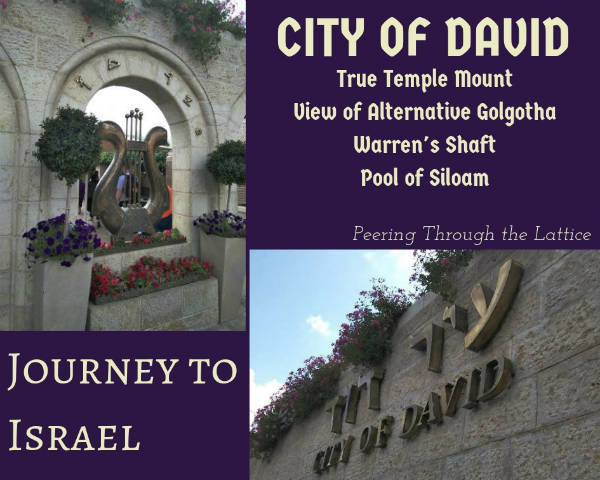 On a hot day at the end of May, I explored the City of David with a group from our church. As we left St Anne’s Church, our guide directed us toward the city before leading the rest of our tour group to the Via Dolorosa. Walking along the hill overlooking the Kidron Valley, we had no problem finding our way. 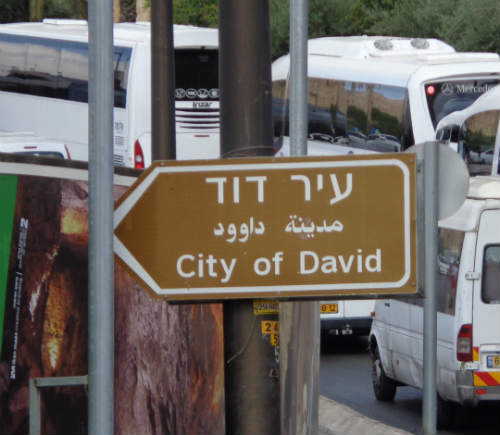 Near the ticket counter, plexiglass windows in the floor allowed us to view artifacts and some of the original masonry under our feet. We examined them while our pastor secured our tickets. 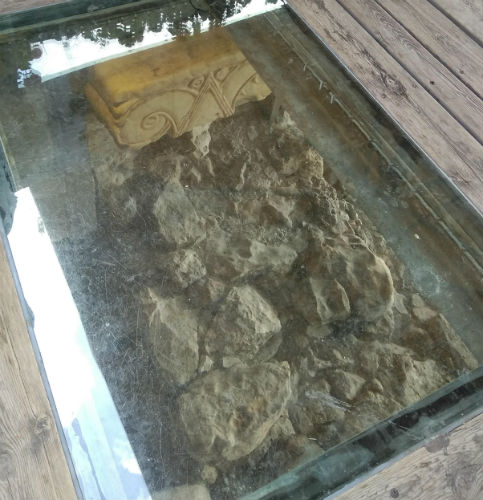 Upon entering the city, we found ourselves on the edge of a ridge. The Kidron Valley sprawled below us. 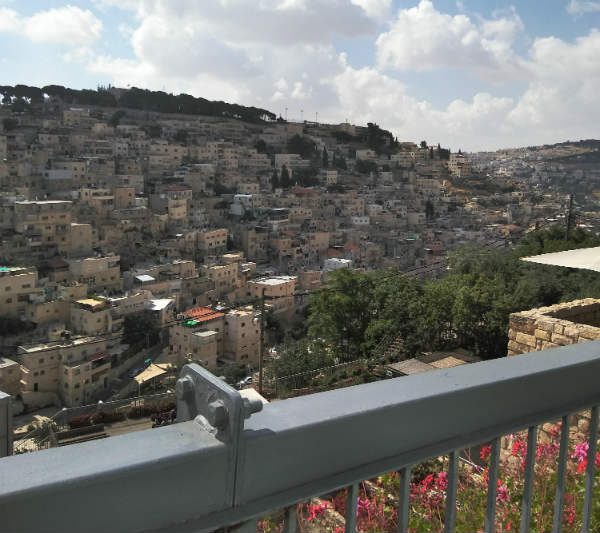 There were many areas for groups to gather and listen to a tour guide. We picked one that was not being used and sat down to rest while our pastor related the history of the City of David. 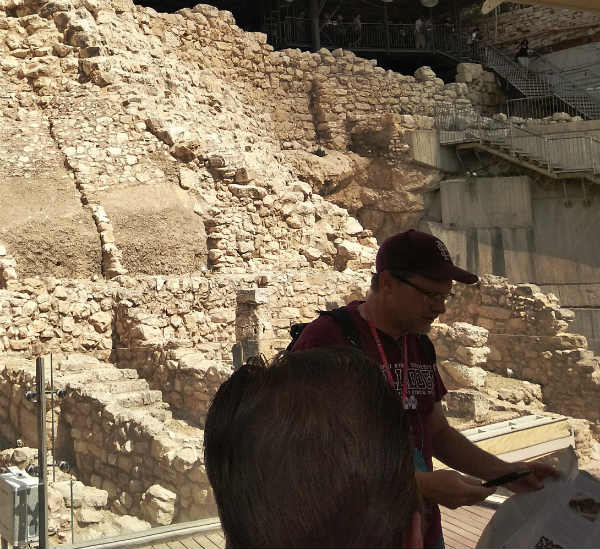 The City of David in the Old Testament

He explained, “This area here…is what David conquered when they got into Canaan. Jebus-Salem, later called Jerusalem, was a Canaanite city, a fortified city.” The Gihon Spring gushed out of the mountain, providing abundant fresh water for the inhabitants.

When David and his men arrived to conquer the city of Jebus, he issued a challenge. Whoever went up to battle them first would command David’s army. Joab took on the challenge and conquered the city which was renamed Jerusalem, the City of David. (See 1 Chronicles 11:6-7.)

The tabernacle once stood within this city. David’s and Solomon’s palaces were here within the true old city. Many kings of Judah were buried within the City of David 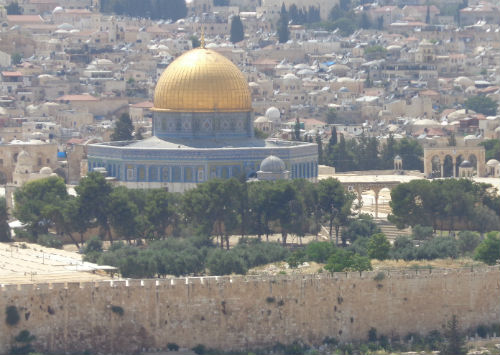 Across the Kidron valley, he pointed out the Jewish village of Silwan. He explained why he believes it is the actual location of Golgotha. 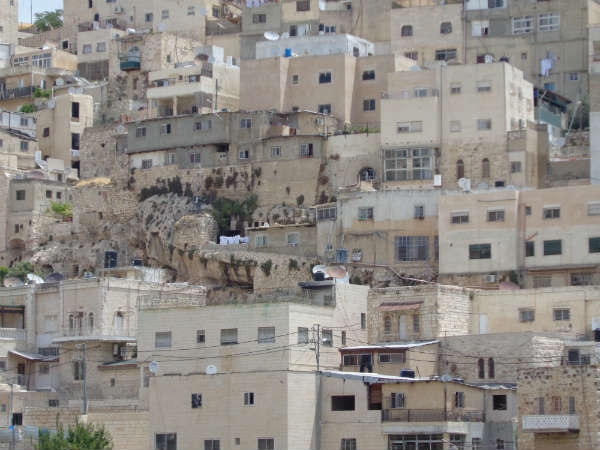 He cited the earthquake that happened when Jesus died on the cross:

“And behold, the curtain of the temple was torn in two, from top to bottom. And the earth shook, and the rocks were split. The tombs also were opened. And many bodies of the saints who had fallen asleep were raised…” Matthew 27:51-52

Our pastor told us how another quake struck the region in 1830. Sheering off part of the cliff at Silwan, it exposed ancient rock tombs which had previously been split open. Could that have occurred during Jesus’ crucifixion? The evidence is worth considering.

Resting while our pastor taught was nice, but it was time to move on. Though we did not have much time to explore, we enjoyed walking through this multi-level city. There were stairs everywhere. We made our way to the entrance to the tunnels. 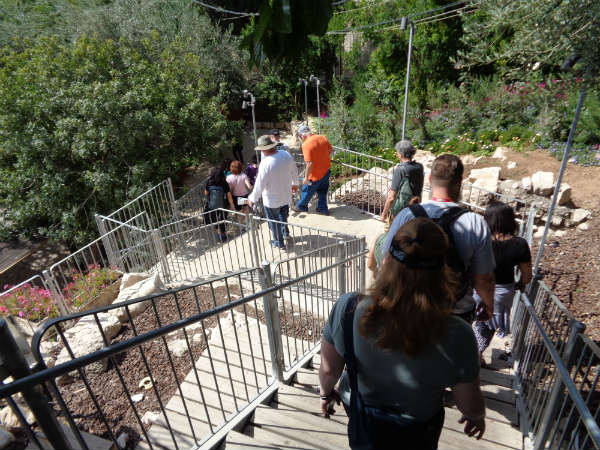 Exploring Hezekiah’s Tunnel might be an amazing experience, but it involves wading through waist-high water. Since we did not have proper footwear or changes of clothing, we planned to tour the dry tunnel. 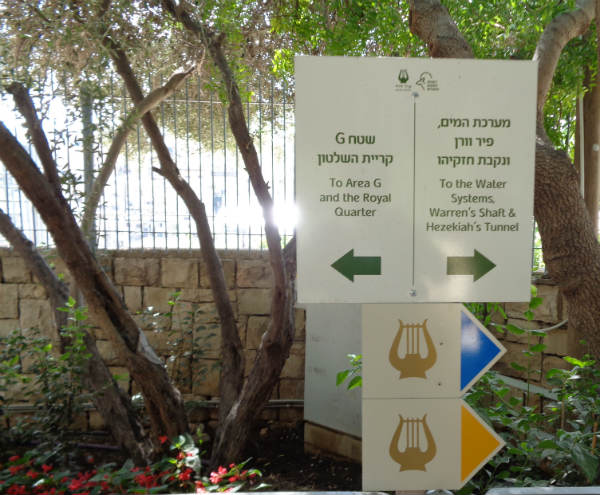 The tunnel entrance was through a shaft that connected to the water system. Twenty people could enter every fifteen minutes. Our group was the perfect size. We descended a spiral staircase into the cool depths. 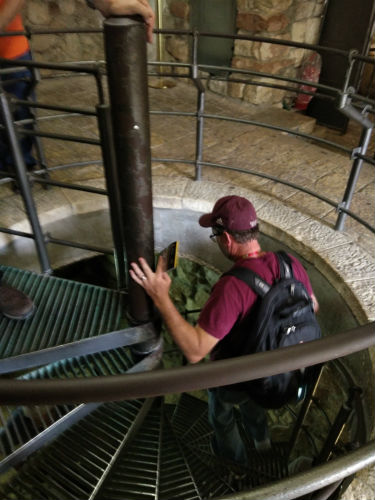 We reached what we supposed was the bottom, then passed through a narrow tunnel. Beyond it, another stairway led us further underground. 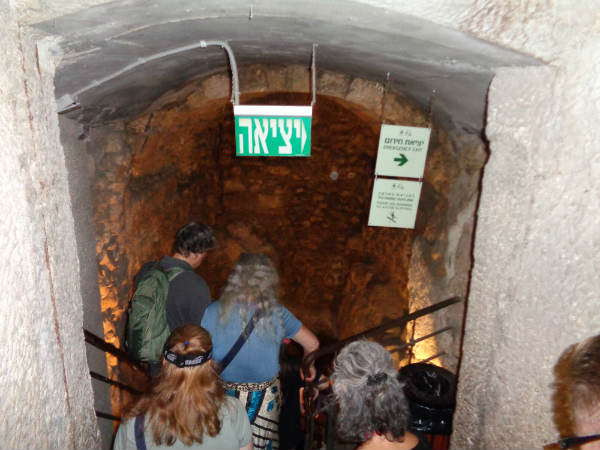 As we passed through the subterranean passageways below the City of David, blue lights illuminated a section to our left. Signs indicated it was once a pool of water—the Canaanite Pool. 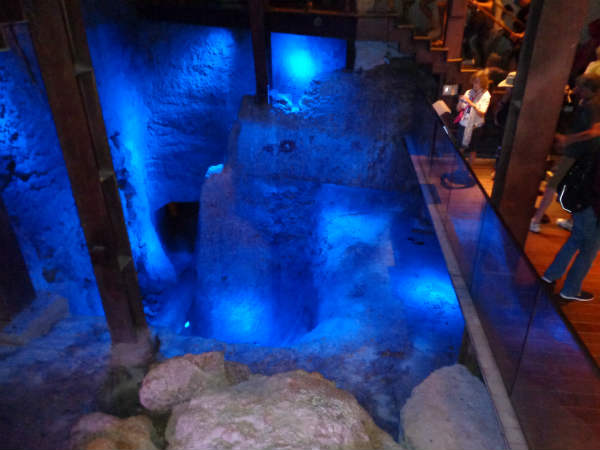 Continuing on, we saw a tall pile of rocks. It is all that remains of a tower which provided access to the Gihon Spring. 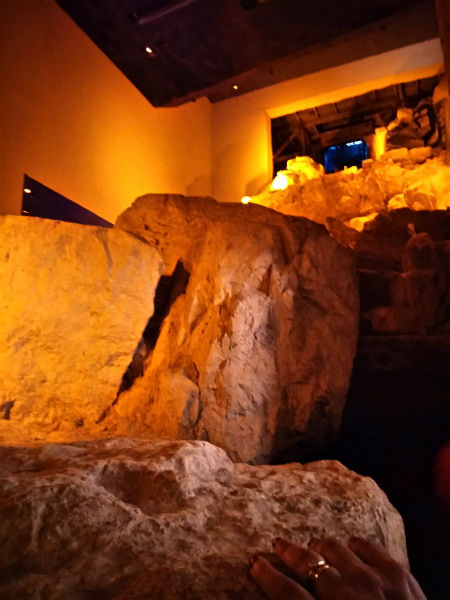 On the other side of the rockpile, a movie lit up a screen. Watching the short film, we learned how the tunnel system brought water from the Gihon spring into the City of David. 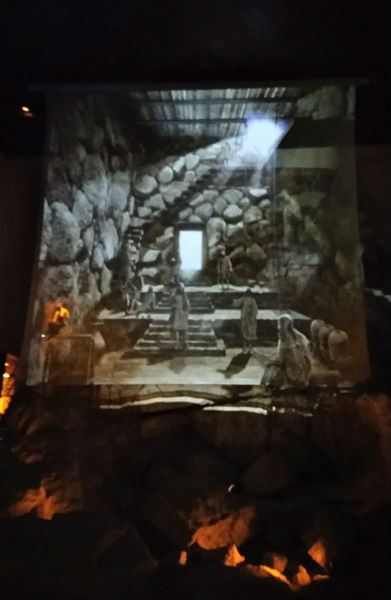 Though we would have loved to explore the site more, it would soon be time to meet up with the other half of our tour group. We followed the path to the bottom of the hill, turning right as we left the City of David.

The Pool of Siloam

A sign directed us to the nearby Pool of Siloam. John mentions this location in his Gospel while explaining the healing of a blind man.

Jesus “spit on the ground and made mud with the saliva. Then he anointed the man’s eyes with the mud and said to him, ‘Go, wash in the pool of Siloam’ (which means Sent). So he went and washed and came back seeing.” John 9:6-8 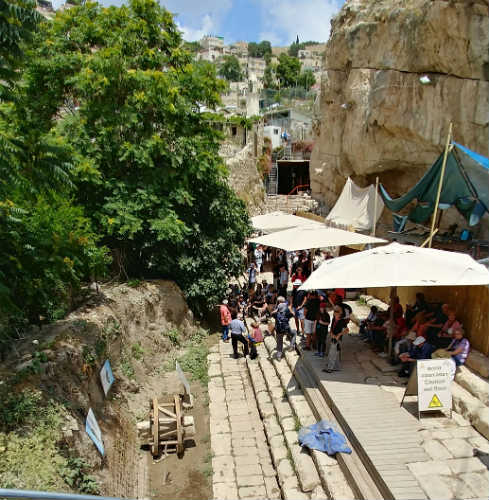 The pool was dry during our visit. We felt as hot and thirsty as it looked. I was not looking forward to the long uphill trek to reconnect with our tour group.

Our pastor came to the rescue, negotiating transportation to the top of the City of David. We crowded into a Mercedes van that had seats for most of us. Happy to rest in cool air conditioning for a few minutes, we sped up the hill toward where we had started our adventure earlier that morning. 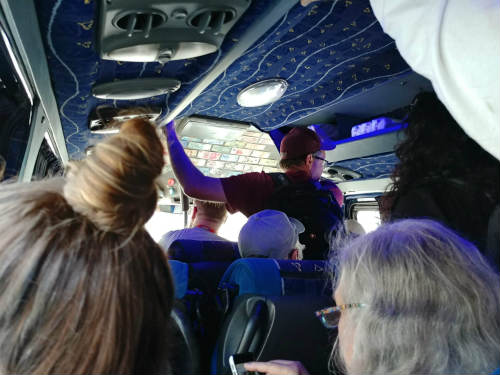 A few minutes later, the driver let us out and pointed us in the direction of the Jewish Quarter, where we were to meet the rest of our group for lunch. It was uphill the entire way. Would we make it?

If you are just joining me for this Journey to Israel blog series, make sure you check out my previous posts. Which one is your favorite?