Do you remember the Bible story of Naaman, the Syrian soldier who contracted leprosy? A Jewish slave girl urged him to go see the prophet Elisha in Israel. Perhaps Elisha could heal him.

Who was this unnamed slave girl? What was she like? And how did she become enslaved? The Bible is silent on these questions, but Jarm Del Boccio, Author, explores possible answers in her debut book, The Heart Changer. 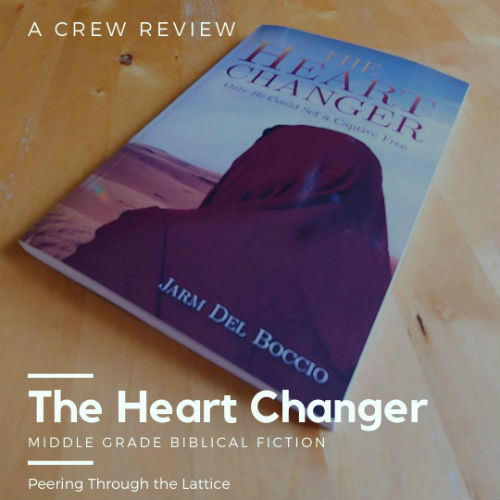 We were excited when our review copy of The Heart Changer arrived last month. Biblical fiction for the middle grades is sparse, so I was eager to introduce my 13-year-old daughter to this genre. We took turns with the book. My mother-in-law, always on the lookout for fresh reading material, also read through it when she visited us. All of us appreciated Jarm’s creative character development. Short, well-written chapters made this book a quick read.

What is Biblical Fiction?

My mother-in-law eloquently explained how an author writes biblical fiction: “She takes a character mentioned in the Bible who might not even be given a name. Taking into account the historical and cultural context, the author gives this person a name and life which no one claims is biblical. It helps to personalize the events.

“In The Heart Changer, a poor 12-year-old girl was taken prisoner and made a servant in Naaman’s house; she was ripped out of her home in Israel. She lost track of her parents and didn’t know what happened to them. Thrown into a pagan, idol-worshipping society, she doesn’t even know if she can eat the food. She feels angry at God.” 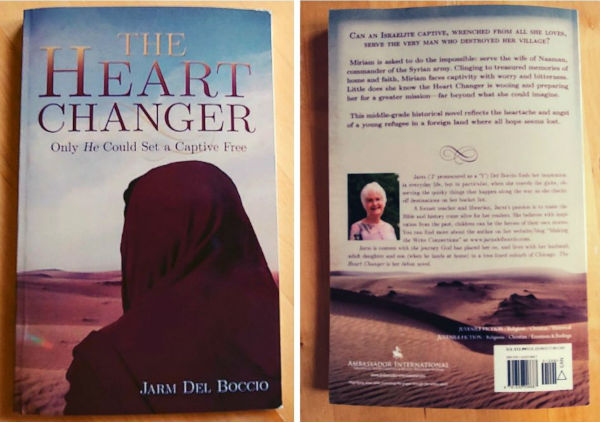 Can Today’s Tweens Relate to Miriam?

As the story opens, 12-year-old Miriam is running for her life from the invading Syrian army. Escape proves impossible. Captured and carried off to Syria, she serves as a slave to Naaman’s wife. Tween readers can relate to Miriam’s emotional struggle as she searches for God’s hand in her hopeless situation. 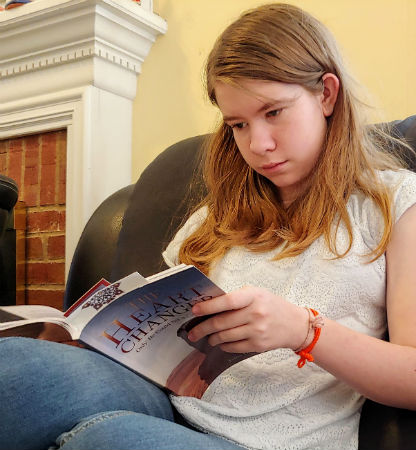 “It’s inspiring—even a little girl can make a difference with the power of the one true almighty God on her side.”
~my 13-year-old daughter

Although Miriam is understandably upset and angry early on, her heart gradually softens as the story progresses. My daughter was disappointed that Miriam didn’t pray very much early on in the story. That changes. Though she is enslaved far from home, God speaks to her heart, reminding her of the truth she heard as a child. Eventually, she prays not just for herself but also for her enemies. She even finds opportunities to share stories of God’s prior miracles with her pagan master and other servants.

The Heart Changer fleshes out the facts from 2 Kings 5. For the most part, it tracks along with the story as given in the Bible, with extra details added to describe a possible scenario. Several segments near the end of the book deviate from the biblical account.

The book mentions two separate letters from the Syrian king to the king of Israel, whereas the Bible only describes one. Although this change did not make sense to me or my mother-in-law, my daughter didn’t seem bothered by it.

Taking literary license, Mrs. Del Boccio includes both Miriam and Naaman’s wife in the journey to Israel for Naaman’s healing. Because of this change, she is able to share Miriam’s perspective on Naaman’s healing and solve the mystery of what happened to her family during the Syrian invasion.

As with any historical fiction novel, it is important to compare the story with factual accounts. Most of the narrative is based on one chapter in the Bible, making it simple to read and discuss the differences with your children.

Are There Additional Resources?

Parents can download a free Teacher’s Guide on the Ambassador International website. The 12-page printable provides supplementary material such as an interview with the author and a Q & A session with Miriam, the main character of The Heart Changer. Rather than providing all of the answers, the author poses discussion questions for preteens to ponder. 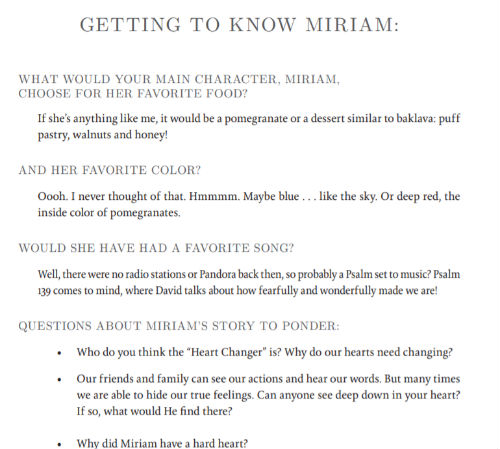 In addition, a page full of research suggestions includes links to resources which help students explore the setting of the novel.

Does your family enjoy learning about names? The next page features a few simple word study activities, some of which explore character names from the book. Mrs. Del Boccio also provides links to several devotional resources tailored to tweens.

The guide concludes with two mouthwatering Syrian recipes and links to a few more. I wonder if Miriam would have eaten foods like Kousa Mahshi (stuffed zucchini) while she was in Syria. 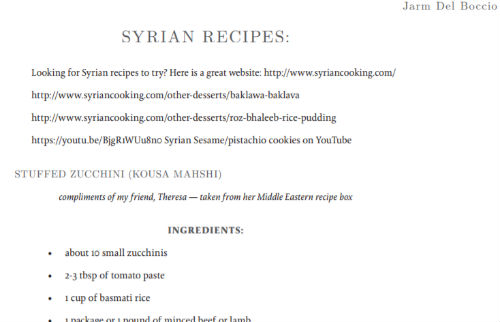 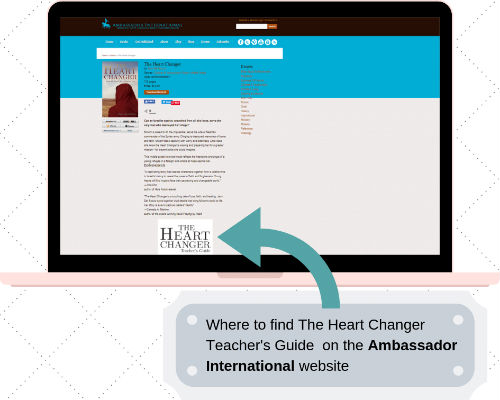 Getting Your Hands on a Copy

We reviewed the paperback edition of the book, which sells for $12.99. My girls appreciate flipping pages of a physical book although I prefer digital. The ebook varies in price, but I found it as cheap as 99 cents on Amazon Kindle. Even though the content is not strictly scriptural, it’s still a great read for tweens. It helps draw them into the cultural context of the Bible and inspires them to listen to God, remember what He’s done in the past, trust Him in seemingly impossible situations, and share their faith as Miriam did.

Would you like to hear what other homeschool moms think of The Heart Changer? You can! Forty-five families reviewed the book this month, and you can find their reviews on the Homeschool Review Crew website.