A few months ago, we began noticing subtle changes in one of our cats, Paul Revere. The litter box started seeming more full than normal. Paul was sipping from the water dish more often than usual. When we returned from an out-of-state trip in July, he seemed to have lost weight.

Initially, we assumed our 9-year-old kitty was simply showing signs of his age. But when he began leaving puddles around the litter box and walking with an uncomfortably arched back, we called the vet. 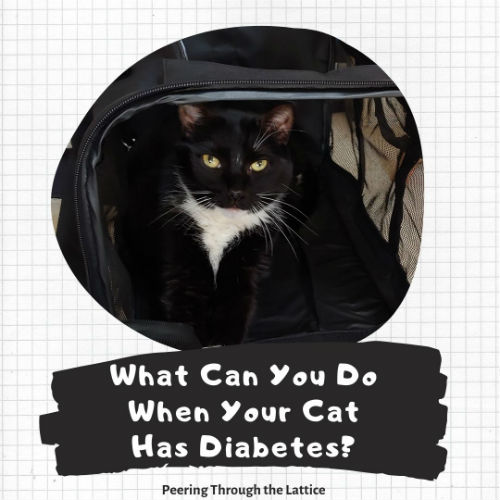 At the appointment, Paul had a complete checkup including bloodwork and urinalysis. The vet gave him a shot of antibiotics and sent him home with some pain medicine. 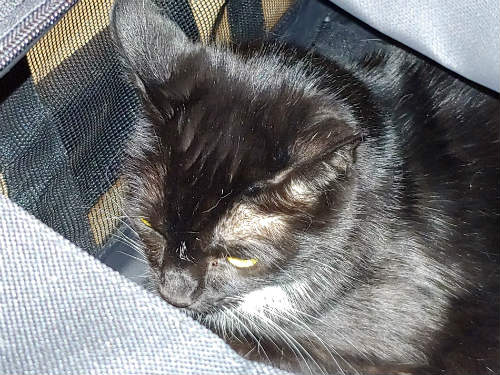 When she received the lab results later that afternoon, she called me with the diagnosis. His blood sugar was high, indicating diabetes. We would need to give Paul insulin injections twice a day. In addition, he would need to go on a special diet. She set up an appointment for us to come back in with Paul and learn to give the shots.

As I hung up the phone, my calm facade melted away. How could we care for a diabetic cat?

I shot up a prayer for peace and called a feline-loving friend, who sympathized with our situation but helped me see the bright side of the diagnosis. Since diabetes is treatable, we could still enjoy a few more years with our sweet Paul. She also helped me realize what an incredible learning opportunity this is for my kids. I hung up encouraged, yet still a bit overwhelmed.

I had an entire day to pray about the upcoming appointment. While waiting, I did my research. I viewed a YouTube video on giving insulin shots to cats.

It didn’t look as scary as it sounded. Maybe it would be ok after all.

Learning to Give Shots

Appointment day arrived. The girls and I returned to the vet with Paul, who meowed mournfully for the entire 5-minute drive. The vet tech met us in an exam room, ready to answer any questions. She seemed surprised that we had no insulin supplies yet. Heading to their supply room, she discovered someone had donated some insulin and needles they no longer needed for their pet. We were the grateful recipients of their generosity.

She demonstrated how to roll the insulin tube between our hands to mix it. Using a needle, she measured the correct dose and showed us how to remove air bubbles from the syringe. Gently tenting a small area of skin between Paul’s shoulder blades, she let us feel a slight indentation underneath where we could inject the insulin. Did one of us want to give him the shot?

I deferred to my high school daughter, who cautiously accepted the syringe. After pulling up a small area of skin as she’d been shown, she slid the needle in and pushed the plunger to release the medicine. Paul hardly tensed a muscle during the entire process.

This was great, but hadn’t our doctor also recommended a diet change? The tech was glad we’d asked. She disappeared to retrieve a prescription for special cat food: Purina Proplan Veterinary Diet DM.

Unfortunately, they didn’t have any available, so we would have to go pick some up. “Where do we get it?” I inquired.

She recommended checking with a local store like PetSmart. If they had some in stock, we could get him started on it right away. Alternately, we could order it online from chewy.com.

The Quest for Cat Food

Paul purred peacefully as we returned home. I immediately began checking prices for prescription cat food. As I suspected, the food was more expensive than Iams and Fancy Feast. Canned food cost about $50 for a 2-3 week supply; a 5-week supply of dry food cost almost $60. Since shipping would take a day or 2, we needed to pick up a few cans locally, if possible. 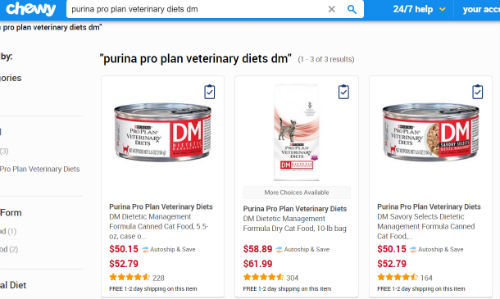 Calling PetSmart, I was pleased that they had the prescribed food in stock. There’s a special process for buying it. I would need to take Paul’s prescription to the Banfield Vet inside the store, and they would issue me a prescription card so I could purchase the food. Then I could find the items on the shelf and show the card to the cashier at checkout.

It sounded easy enough, so my daughters and I drove to PetSmart. Inside the store, we headed straight for the veterinary clinic. The Banfield staff entered our info into the computer and issued the card. 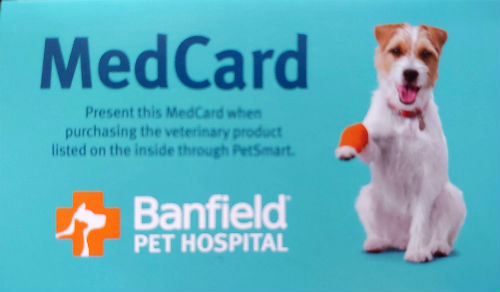 We began to walk away from the counter when I realized we had no idea where we were going. Turning back, I asked, ”Where do we find the food?” The lady pointed us in the right direction.

Doing an on-the-spot price comparison, I could tell that ordering a case online would be cheaper. We grabbed enough cans to last Paul a few days then headed to the register. The cashier scanned the cans and our prescription card so we could make the purchase. 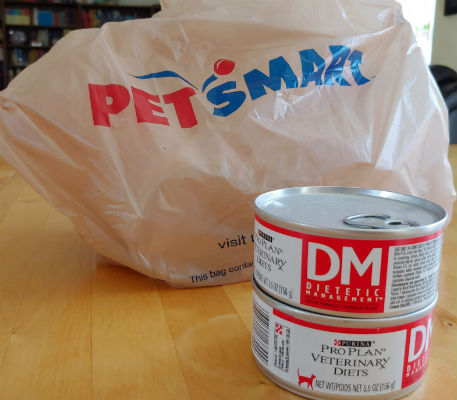 When Paul’s dinnertime arrived, we were prepared. I fed his brother, Samuel Adams, the usual Fancy Feast while my high schooler prepared Paul’s special diet for him. He enjoyed his hearty dinner. 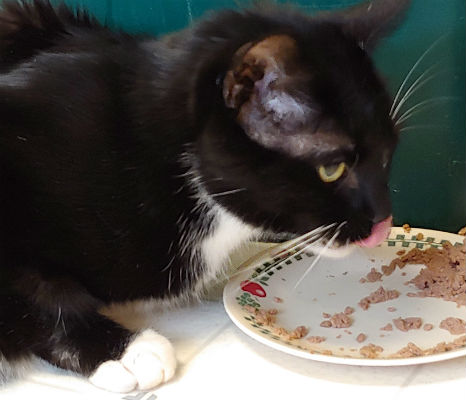 As Paul was licking up the scraps, my daughter retrieved the insulin from the fridge, rolled it between her hands, and prepared his dose. 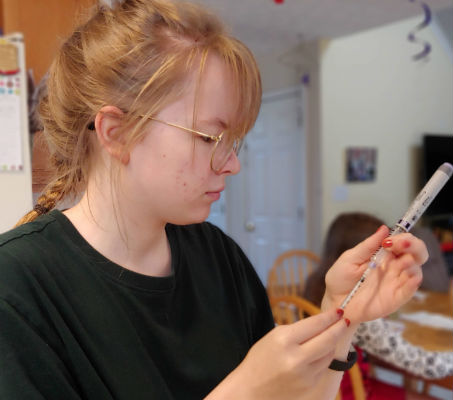 It took a bit of effort to eliminate all the air bubbles, but she patiently persisted. We set Paul on a chair in the kitchen and gave him some much-deserved attention. While I petted and spoke soothingly to Paul, my daughter expertly tented his skin and gave him the shot. 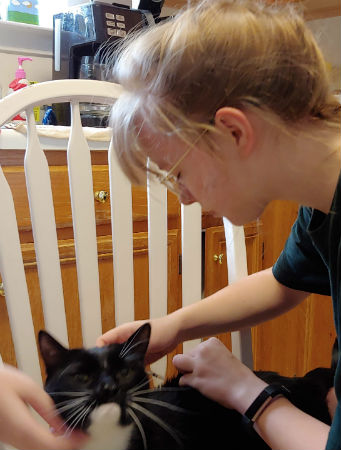 We are all getting used to the new routine, and my daughter has risen to the occasion. She enjoys preparing food for our cats every morning and evening. Giving insulin shots to Paul is pretty exciting for her—she enjoys helping our pets.

We’re still at the start of this unexpected journey, but I am gaining confidence that we can successfully continue. Paul is already acting more like his usual self. He certainly is enjoying all of the extra attention during this transition.

Have you ever had a pet with diabetes? Tell me about it in the comments.