We arrived in Israel Sunday evening. Early Monday morning, we repacked everything and headed downstairs for our first Israeli breakfast. Cheese, olives, bread, and juices awaited our consumption along with various salads, yogurt, and hummus. What a spread! 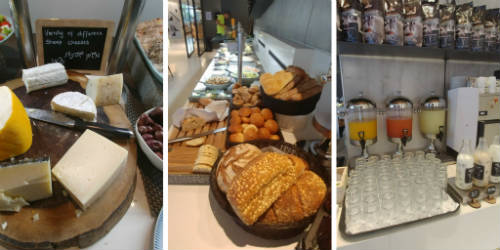 Will full stomachs we climbed aboard the bus and drove north, paralleling the coast of Israel. 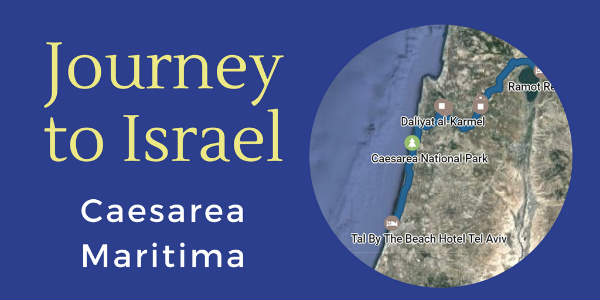 As I gazed out the window, the lush, green land surprised me. Instead of the hot, dry, desert environment I expected, beautiful vegetation abounded. Colorful flowers ascended the walls lining the road.

After driving north for an hour, we arrived at Caesarea Maritima, one of Herod the Great’s amazing building projects. We stepped inside the Time Trek building to view a movie which chronicled the history of Caesarea through the Biblical, Byzantine, and Medieval eras. 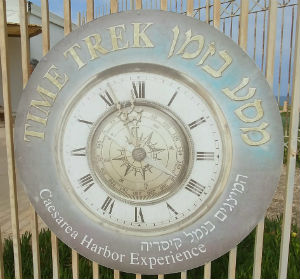 Then we ventured into the hot sunshine to view the remains of the city. We inspected capitals which had once adorned the tops of tall columns. A nearby display showed the distinct ornamentation the Greeks and Romans used on the capitals. 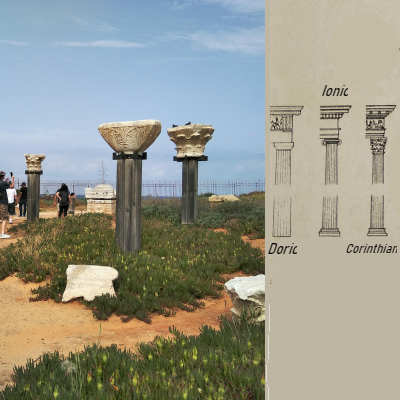 An imposing amphitheater rose in the distance. Amazingly, it has been restored and is still in use today.

Concert-goers can sit on the original seats or modern chairs that have been arranged in the orchestra area. An informational sign describes how the theater may have looked in its heydey: ”It might resemble the facade of a two or three-story building with elegant doorways decorated with columns, niches and sculptures.” 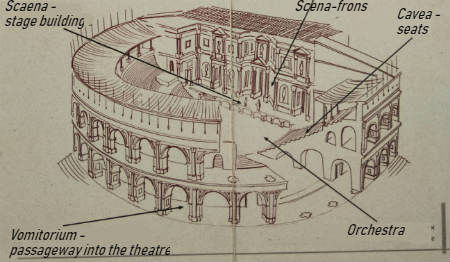 Standing with us on the stage, our pastor explained that the apostle Paul may have once stood there himself, giving his testimony before King Agrippa (Acts 24-25) before boarding a ship bound for Rome.

Leaving the theater, we encountered a beautiful sarcophagus unearthed at Caesarea. Nearby was a much more simple one also discovered there. 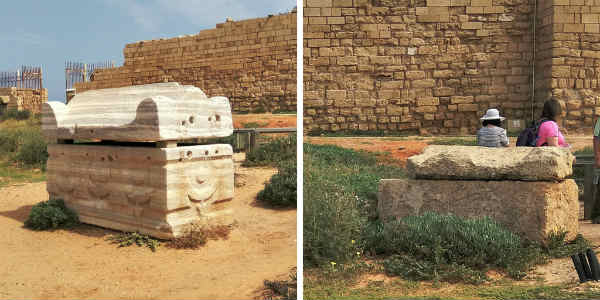 Greeks, Romans, and Jews made sarcophagi from stone, lead, or wood. Shapes, scenes, or other images were often carved into the outer surface as decorations.

As we approached the sea, we arrived where the palace had once stood. 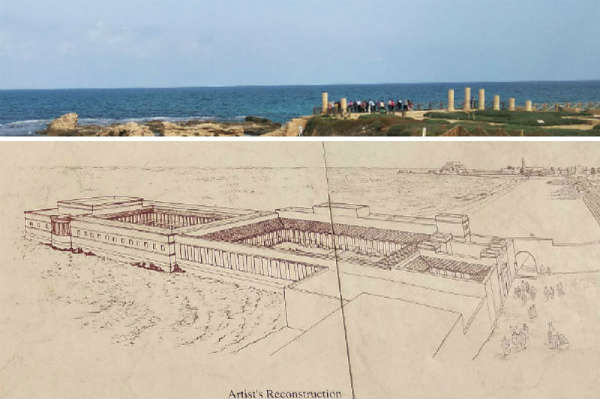 We examined a replica of an inscription mentioning Pontius Pilate. The original inscription in Latin translates, “(Po)ntius Pilatus, the prefect of Judaea, (erected) a (building dedicated) to (the emperor) Tiberius.” This discovery was a significant find since it verifies that Pontius Pilate was in fact the Roman prefect over Judea during the time of Jesus, giving archeological evidence to support the Bible (Matthew 27:11-26). 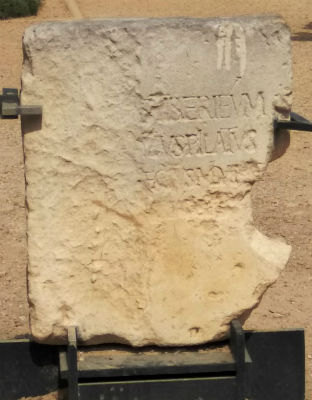 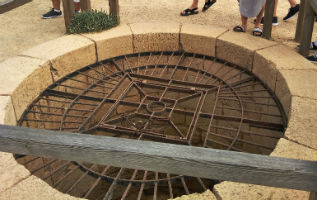 …and surveyed the seaside swimming pool which was originally inside Herod’s palace. Part of the tiled mosaic floor is clearly visible on the pool deck. 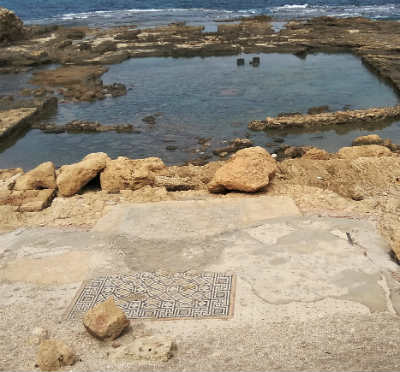 Ambling slightly inland, we walked onto the Hippodrome where horses once raced around the track while spectators cheered from stone bleachers.

It was fascinating to stand by a dirt wall which had not been excavated. We could clearly see layers of centuries-old pottery shards and bones. 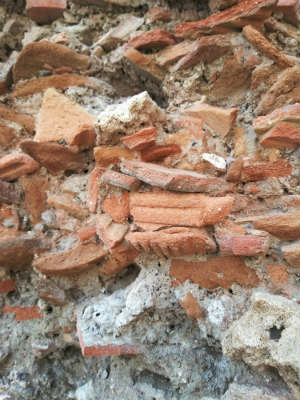 I was amazed that we could reach out and touch these artifacts. 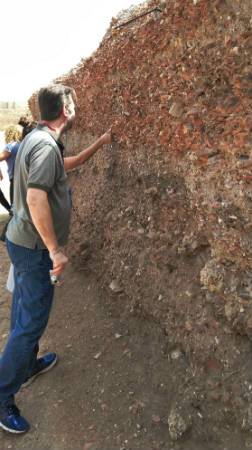 Leaving the hippodrome, we came to the Palace Vaults and observed more of the beautiful mosaic tiling near their entrance. 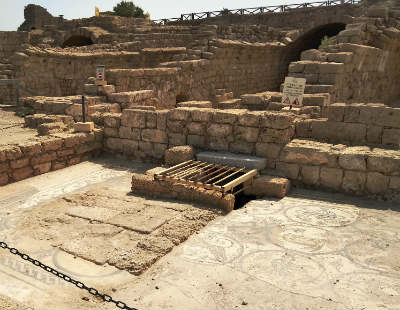 Soon we were standing at the entrance of a walled Medieval city. After entering it we stood by the ancient harbor imagining the ships which sailed into port there long ago.

By the end of our two hour tour, we were hot, tired, and ready to climb back on board the air-conditioned bus.

Surely a trip to Caesarea would be an amazing homeschool field trip. Though our own children did not come along on this journey, my daughter’s best friend did. She shared with us what she liked most about Caesarea Maritima.

“[I liked] how King Herod built everything, and it was really cool how it’s still standing today considering he was born over two thousand years ago!”

What is the oldest historic site you have visited? Please share in the comments below.