It was our final day in Israel, and we had planned to make the most of it. We rose that Sabbath morning, enjoyed a simple breakfast, and boarded a bus bound for Masada and the Dead Sea.

Before we reached our morning destination, we would drive past the famous Qumran Caves. We had no idea that a mini wildlife encounter was waiting for us at our unplanned En Gedi stopover. 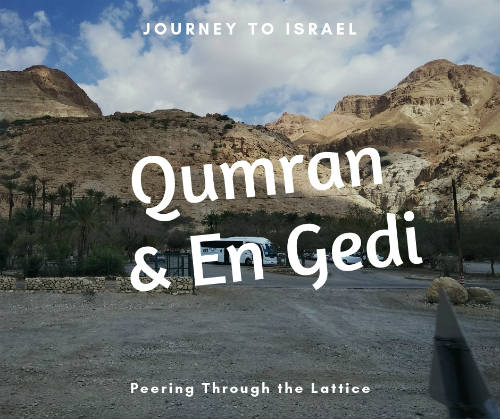 Leaving Jerusalem, we retraced part of the route we had taken three days earlier. After descending the hills from Jerusalem, we approached the lowest place on earth.

A mere half hour after our departure, the bus turned to drive along the western side of the Dead Sea. 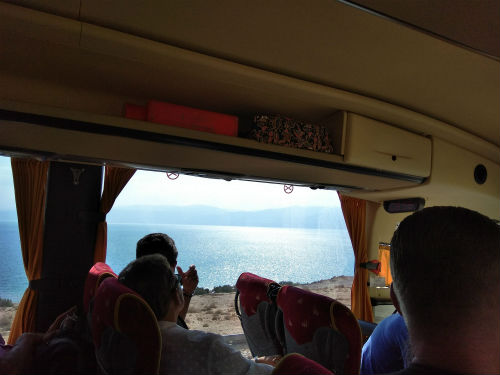 As we continued south, cliffs rose to our right. 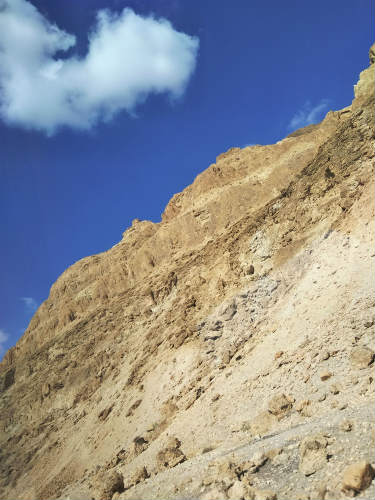 We spotted cave openings on the cliff face. “These are some of the Qumran caves,” explained our tour guide, Mika. 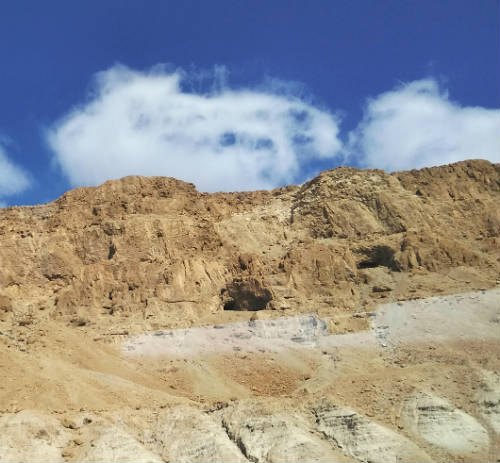 In the mid-1900s, shepherds discovered the Dead Sea Scrolls inside a dozen of these caves. Large earthen jars had preserved the ancient Scriptures for centuries.

We continued our trek, snapping pictures of the rugged scenery. 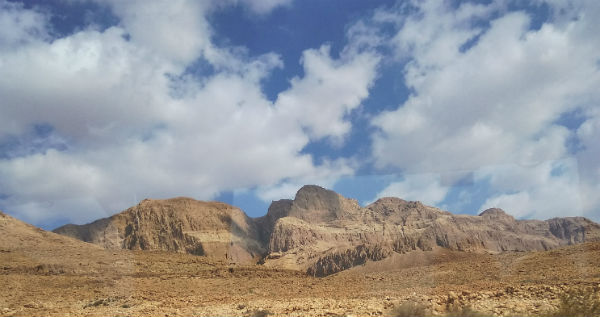 Then, without warning, our bus driver pulled off the road. Why were we stopping? A group of ibex was cavorting at a rest stop near the entrance to the En Gedi trail. Would we like to stretch our legs and snap some pictures? 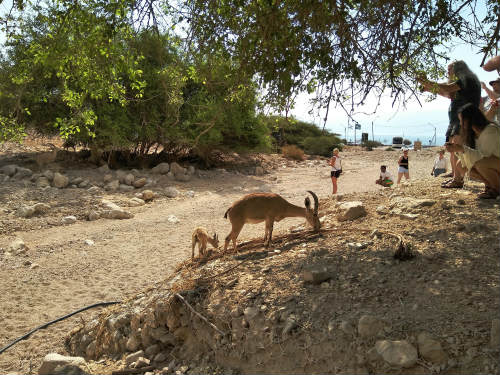 Gratefully, we entered the fresh air and crossed the parking lot to get a glimpse of the ibex. 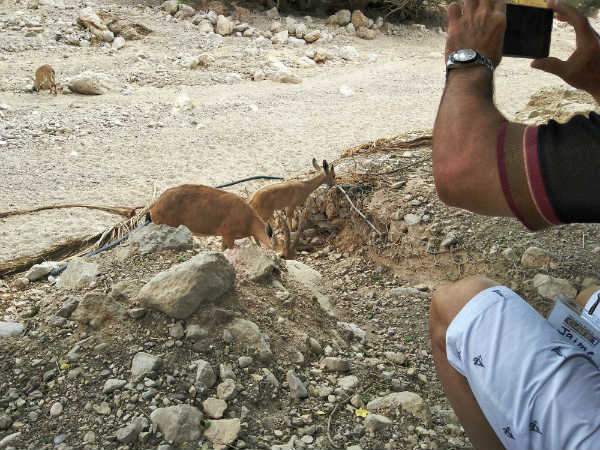 While we watched quietly from a safe distance, the deerlike creatures foraged for food and even climbed trees. What a pleasure to observe their antics! 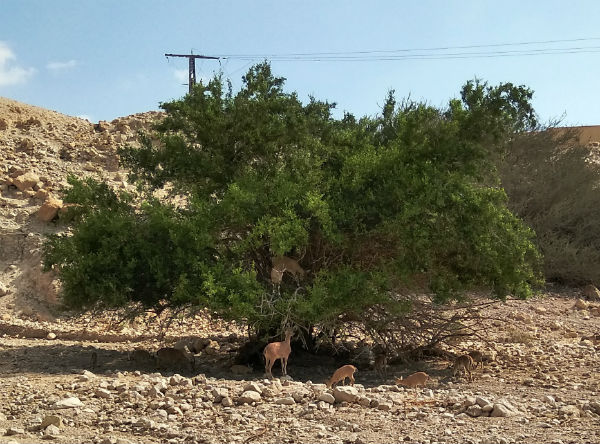 On the way back to the bus, we realized where we were. The towering cliff face before us had sheltered David when he hid from murderous King Saul. 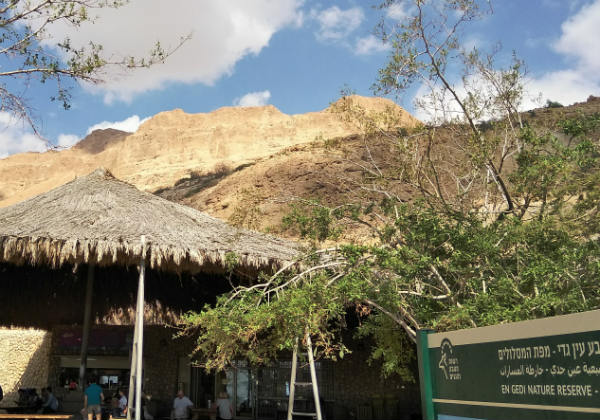 Because Saul was hot on his trail, David and his men took shelter deep inside a cave high up on the cliffside. Imagine his dismay when the jealous king entered the very cave where he and his men were hiding. Surely he was cornered! Instead of coming after David, though, Saul stopped near the cave entrance and squatted to… ahem… relieve himself.

David’s men whispered excitedly, “God has given King Saul into your hands!” After giving him an encouraging shove toward the mouth of the cave, they waited expectantly.

Stealthily, David crept toward the king. With a quick swipe of his sword, he sliced off the edge of the king’s robe. Because David feared God, he would not raise a hand to slay the man God had anointed as king. An object lesson would suffice. Satisfied for the moment, David retreated deeper within the cave to rejoin his men. Saul, who was concentrating on the task at hand, was completely unaware of David’s presence.

After Saul finished his business and descended the trail, David’s conscience assaulted him. Even to mar the robe of God’s anointed seemed a heinous act. From the mouth of the cave, David called to Saul and admitted what he had done. Realizing David had spared his life, Saul called off his manhunt and let the shepherd boy warrior go. (See 1 Samuel 24.) 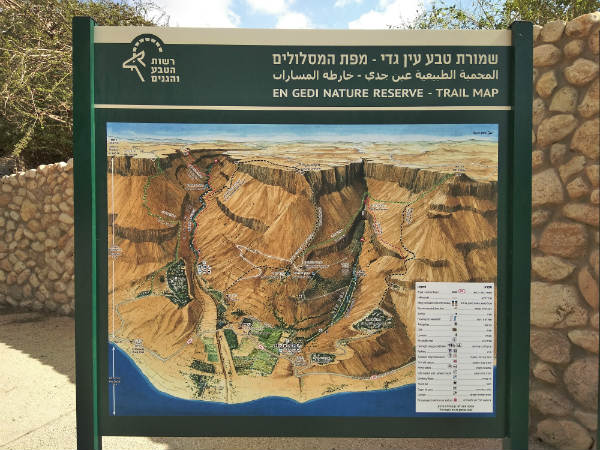 How amazing it would be to traverse the trails and see the cave! On that day, however, we had to settle for a quick glimpse from the bottom of the mountain. King Herod’s wilderness fortress of Masada was beckoning to us. Hopefully, we can plan a longer visit to En Gedi on our next trip to the Holy Land.

I hope you enjoyed our ibex pictures. What is the most fascinating or exotic animal you have observed “in the wild” while traveling? Please comment and share!