Frustrated with the status quo of homeschooling and eager to get on with “real life,” my daughter posed a legitimate question:

“Isn’t there a quicker way to finish school and start earning college credit?”

Her inquiry was music to my ears since I had already considered the answer. 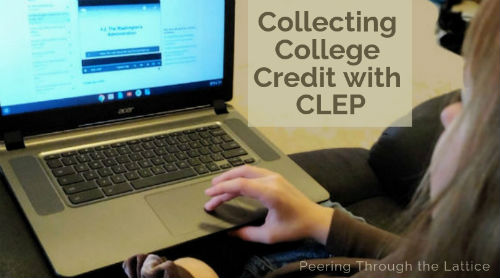 Several years ago, I had investigated CLEP Exams for my oldest daughter. I had even bought a book which contained a practice test for every single subject, hoping she would try a few of them. After studying the material she didn’t know well, she could take the official exam at our local university. If she passed, she would receive college credit. Was she interested? Not at all!

Her younger sister, who cannot wait to finish school and “start life,” grew excited as she learned more about CLEP tests. After a few weeks of concentrated study, my nearly-fifteen-year-old can take a test to earn college credit. I’ll gladly award her a corresponding high school credit in that subject as well.

I introduced my daughter to Free CLEP Prep, a website with study guides for each CLEP test. It even lists the tests in order of difficulty and has online practice tests for most of them. 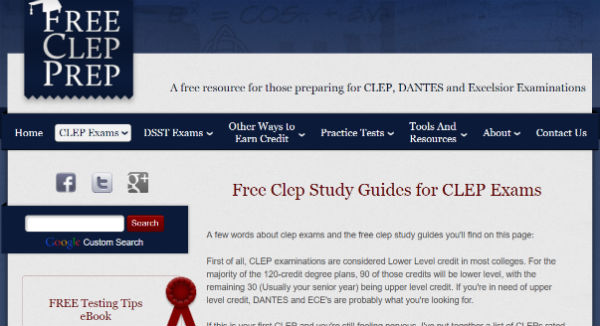 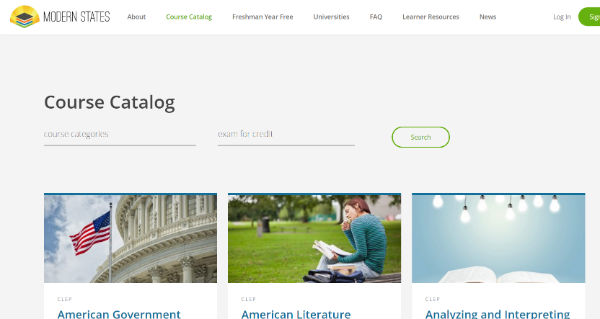 Since my daughter enjoys learning about history, she signed up for History of the United States I. 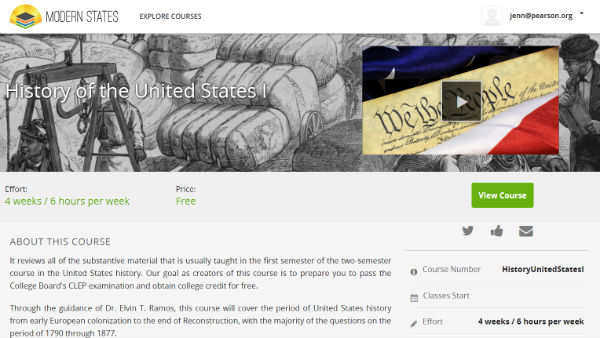 For the last two weeks, she has been viewing lectures, reading the online textbook, and taking quizzes to prepare for her first college-level test. Since she’s not a huge fan of online learning, I also purchased a used textbook recommended on Free CLEP Prep.

One of her favorite things about Modern States’ online lectures is the transcript that shows up alongside the recording. Most of the time, she would rather read than watch the video, so she is thrilled with this shortcut. 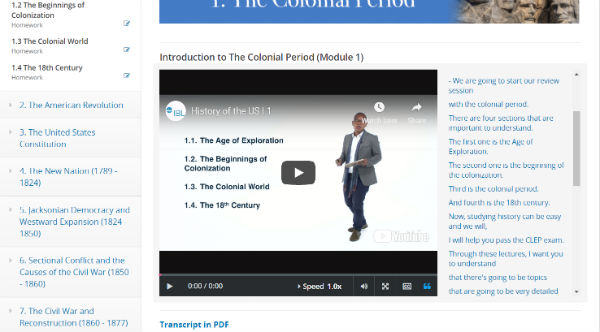 Modern States also provides vouchers for free CLEP tests as part of their “Freshman Year Free” initiative. As soon as my daughter completes the class, she will submit a screenshot of her course progress and apply for the voucher. A few days later, she can take it to a nearby testing center and complete the exam.

My daughter learns most effectively when she can spend long stretches of time focusing on a single subject. Although that kind of concentrated study may be impractical in traditional courses, it seems ideal when preparing to pass a CLEP test.

This year has been challenging. My daughter’s enthusiasm for learning has been waning ever since her push toward overachievement last year. Fearing she had contracted early-onset senioritis, I had no idea how to help her. The new goal of earning college credit is exactly what she needed to gain enough momentum to finish strong this year.

In a few weeks, she should be finished with the Modern States history course. She’s looking forward to visiting the testing center, completing the CLEP test, and collecting her first college credit.

Is your high school student earning college credit through online learning, credit by test, dual enrollment, or other avenues? Please share your ideas and experience in the comments.