Do you remember the story of Joseph? He had big dreams but faced enormous obstacles. His brothers were so jealous of him that they planned to murder him. The oldest brother persuaded them to throw him in a pit instead.

Things went from bad to worse when the other ten sold him to Midianite slave traders. Before he knew it, he was on his way to a foreign land. (See Genesis 37.)

In Egypt, he excelled as a slave. He kept trusting God, even through hard times. God blessed him and his master’s entire household…until Joseph was wrongly accused of rape and arrested. He ended up in another pit—this time, prison.

Even behind bars, Joseph continued to trust God and sought to serve others. He was soon placed in charge of the entire prison. When two inmates had disturbing dreams one night, he was uniquely prepared to interpret them. He knew the interpretation belonged to God and believed He would reveal each dream’s meaning. (See Genesis 39-40.)

Two years later, one of the prisoners, who had been released as his dream had foretold, finally remembered him. Joseph was called out of prison to interpret the king’s dream. Acknowledging God’s sovereignty, he gave Pharaoh the bad news—Egypt would have seven years of plenty, then suffer seven years of famine.

Drawing on God’s wisdom and his personal experience in household and prison administration, Joseph proposed the perfect solution. The king was so impressed that he immediately placed the former slave and convict in charge of the entire nation. Whoa! (See Genesis 41.)

Can you imagine how different the story may have been if some of those earlier events hadn’t taken place? God had been working in Joseph’s life since he was a boy. He used every event in Joseph’s past to prepare him to carry out His perfect plan—placing him in a position to sustain Egypt, preserve Israel, and bless the entire known world.

“For God has made me fruitful in the land of my affliction.” (Genesis 41:52b)

I can relate to Joseph. I may not have faced ten murderous brothers, but I’ve encountered some turbulent times in my life. During high school, I dreaded working at the family business—waiting tables and cooking in the restaurant, pumping gas, cleaning motel rooms and renting them out. For a quiet girl who hid whenever the doorbell rang, it seemed like torture.

Burying myself in homework served the dual purpose of helping me excel in my classes and keeping me away from the business a bit longer. Since being on a sports team meant less time working, I started running my freshman year. My parents actually encouraged me! My position on the cross country team team provided prestige and a place to belong in school, where kids had previously picked on me. 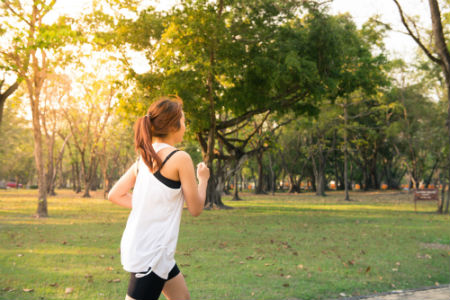 Though training was tough, I relished the freedom of racing through the countryside chasing down the leader of the pack. On long bus rides to races, I experienced God’s peace while relaxing and listening to Christian music on my Walkman.

Imagine my dismay when my running career was cut short due to injury. Shin splints that had been troubling me for months developed into stress fractures.

When I returned to cross country the following year, I was team manager rather than a runner. I helped the coach time the runners and track their splits so they would know how quickly they ran each mile. I still got plenty of exercise trekking between the mile checkpoints. God used that time to teach me how to willingly encourage and serve others—a skill I was slow to master at home.

At college application time, I eagerly applied to a school 500 miles from home. My application was rejected. Instead, God placed me a mere hour away in a school with a fantastic InterVarsity Christian Fellowship. All of those bus rides listening to Christian music had awakened a hunger to know God more, and I pursued Him passionately. Through Friday Night Fellowships and small group Bible studies, I learned how to grow as a disciple of Jesus.

During my junior year, I began to recall troubling childhood experiences no one else but God knew about. I spent hours asking Him, “Why did this happen?” and “Where were you?” After meeting with a campus counselor, I was able to process the memories and begin to heal. I eventually realized that God had been with me through those past incidents, protecting me from a greater evil that could have transpired.

Although I had been in a serious relationship before that bombshell hit, I broke it off temporarily while I sought the Lord. God used that time to send my boyfriend and me in different directions, and we never reconnected. Instead, God brought me together with a guy who could uniquely understand my past and shared my vision for the future. A few years later, I married him. I’m amazed at how God orchestrated that! 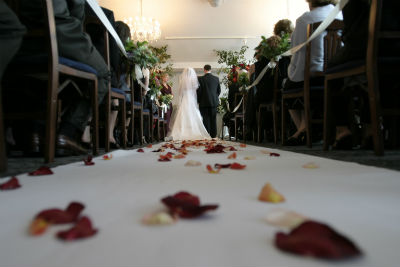 Even married to the right guy, life has been challenging. When I suffered a miscarriage during our first year of marriage, I was constantly close to tears for weeks. But God revealed that His timing was perfect. He was in control.

A few short years later, I had become the mother of five small children. The demands on my time were overwhelming. What had happened to my freedom? Was this what motherhood would always be like? Frequently exhausted, I felt trapped by my 24-7 role as a mom, wondering how I could even carve out five minutes alone with the Lord. 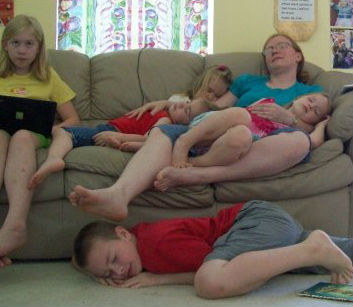 Although that season seemed like a life sentence, it was only temporary. Looking back, I see how God used that period of time to help me develop compassion for young mothers.

Little more than a year ago, I fell on my knees in prayer for one of my children, who going through a tough time. I felt powerless to help. What was God doing? All I could do was pray and trust the Lord. He helped my child grow in maturity and drew me closer to Him as I prayed like never before.

God uses every experience, both good and bad, to shape us and prepare us. Through each trial, he develops skills in us we never knew we needed. He prepares us mentally to face future frustrations. As we draw near to Him, He shows us attitudes and habits that need to change. And He helps us change them so we can be prepared for whatever comes our way in life…and ultimately perfected for eternity.

Are you struggling through a tough situation? Lean on the Lord. Spend some time, even if it’s only a few seconds, seeking Him. Ask Him what he wants to teach you. What needs to change in you? Let Him guide you. Who knows? Maybe you are the next Joseph!