My twin daughters love reading adventure stories. When we were offered a chance to read and review the first two books in The Hamelin Stoop Series, we signed up right away.

On the afternoon that our package from 12 Gates Publishing arrived, we could hardly wait to get started. We spent the first few days wrestling for dibs on the books. Multiple bookmarks recorded our various places in Hamelin Stoop: The Eagle, The Cave, and the Footbridge (Book 1). After a weekend reading marathon a week later, I finished the first book. I had Hamelin Stoop: The Lost Princess and the Jewel of Periluna (Book 2) all to myself for a few days.

My daughters and I took turns reading the books in our spare time. I usually curled up with one of the books on a Sunday afternoon. The girls took the books to bed with them for some true R & R—Reading and Resting.

The Eagle, the Cave, and the Footbridge

Hamelin’s mother, Johnnie, had been enslaved for many years as a “child” in a land called Ventradees. The “children” in that underworld city never age. One day Johnnie escaped to a Texas orphanage, where she grew up. She fell in love with a young man named Simon, whom she married. 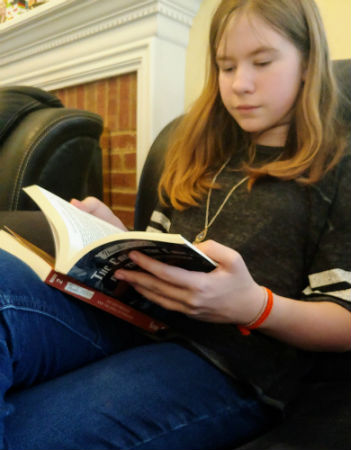 As the book opens, she has just given birth to Hamelin. Ren’dal, the evil overlord of Ventradees, has heard about the baby and can’t wait to get his hands on the child. With great ingenuity, the young parents fake the baby’s death, secretly hiding him at the orphanage where Johnnie grew up. Disappointed at the apparent death of their true target, Ren’dal’s henchmen capture Johnnie and Simon and take them to Ventradees, hoping they will bear another child there.

The chapters in the first half of Book 1 alternate between different characters’ perspectives. This familiarizes the reader with Johnnie’s and Simon’s situation, gives Johnnie’s back-story, and conveys Hamelin’s experiences growing up in the orphanage. Because of the quantity of information, the first half of the book was a slow read. But once we reached the halfway point in the novel, we were hooked. 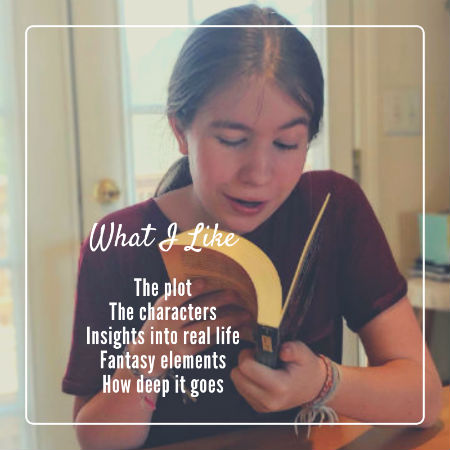 On Hamelin’s eighth birthday, he runs away from the orphanage and meets an Eagle, who leads him into a mysterious cave. Informing Hamelin of an urgent mission to save a girl, the Eagle guides him to a rickety footbridge that crosses an endlessly deep chasm. Is Hamelin strong enough and brave enough to cross it? And if he doesn’t, what will happen to the girl he’s supposed to save? 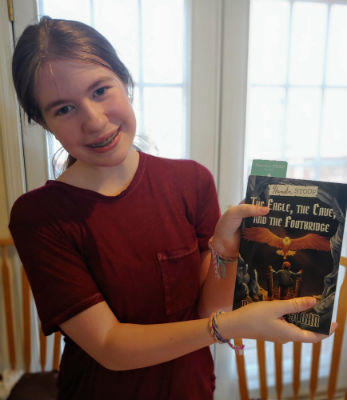 ”At first, I was expecting a readable book, with mediocre characters and a predictable plot, but what I wasn’t expecting was a great book filled with great insights, loads of adventure-filled fantasy, and bunches of suspense. Even so, that was what I found.”
~One of my twin daughters

I finished the first book within a week. One of the twins completed it in two weeks. By the end of week three, we could finally discuss the entire book together. We had received a set of thought-provoking study questions along with the book. I appreciated the insightful questions in the discussion guide. They helped us explore several of the themes which surface in the books: belonging, hope, trust, and humility.

Twelve Gates Publishing is developing a complete study guide for each of the books, and I’m excited to see what the finished product will be like.

The Lost Princess and the Jewel of Pereluna 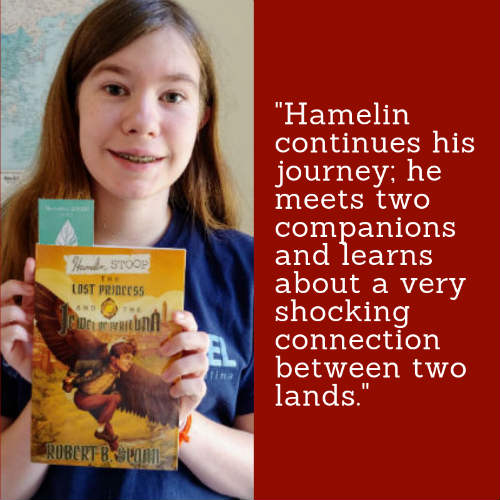 In the second book, Hamelin has crossed the footbridge and reaches The Land of Gloaming. By this point in the story, he’s also become very curious about his parents. He is convinced that they are alive and believes they may need to be rescued. Although he’s correct, that is not his mission this time. 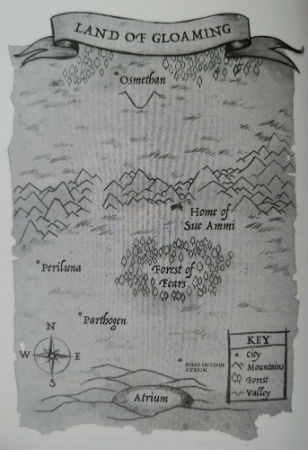 Entering the Forest of Fears, he meets the lost princess’s sister and a young prince from the neighboring kingdom. While the sister is, of course, searching for the same princess Hamelin is, the prince is on a quest for a jewel that lights the subterranean kingdom his father rules. Someone has stolen it. Without its protection, giant worms take over the tunnels and destroy their domain.

When Hamelin finally arrives at the princess’s kingdom, he learns that another sister was lost many years ago. As he discovers more about this mysterious princess, he realizes that he knows where she is. I can’t wait to read the next book and find out what happens after his Christmas Eve return to Texas. 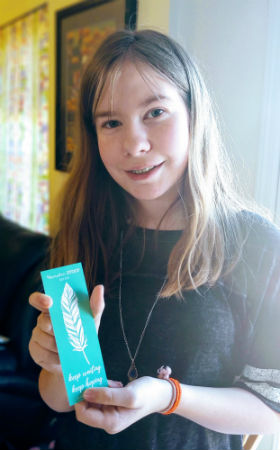 “The story is so well made; it is made in so much detail that it will surprise you in so many places. The author made the secondary main characters very important in the way the story went.”
~One of my twin daughters

I knew when we started that these books are intended as allegories. The style reminds me a bit of C.S. Lewis’s and J.R.R. Tolkien’s writings.

As I read through The Hamelin Stoop Series, I noticed similarities between Hamelin and certain Bible heroes. Because our pastor recently began preaching through Exodus, I had fun noting some parallels between Moses and Hamelin in my sermon notes. 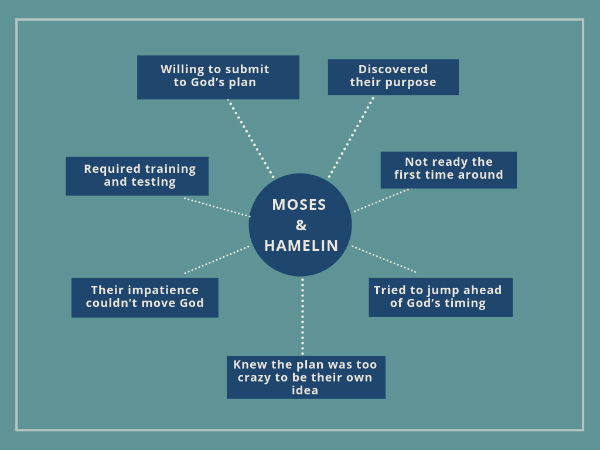 Finding similarities such as these and writing an essay about them would be a terrific high school assignment.

The Hamelin Stoop Series deserves a place on your bookshelf right alongside The Chronicles of Narnia and The Lord of the Rings. 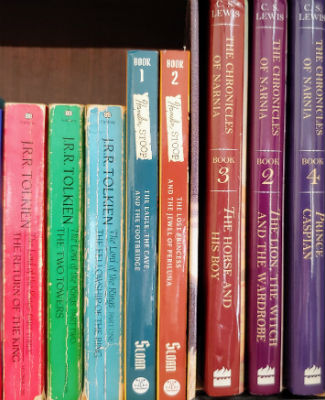 I love the way the themes of The Hamelin Stoop Series dovetail with things God is teaching me through His Word.

Although the books cost a bit more than I usually pay for a paperback, the Kindle price is a steal—you can read both books for just $5.98. Even if your kids, like mine, prefer their books printed on paper, it’s still worth the investment of $23.98 for the set of the first 2 books. 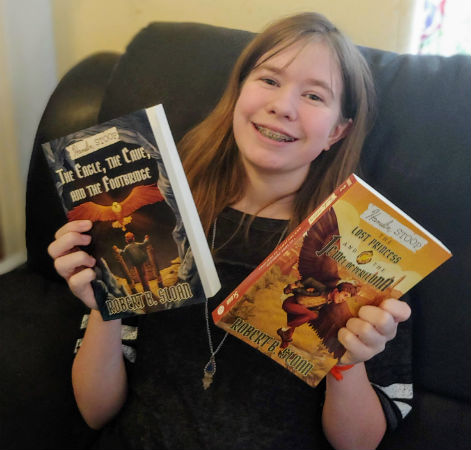 Don’t just take my word for it though. Fifty crew families received copies of The Hamelin Stoop Series and can’t wait to share their perspective. Read their reviews to find out what they thought of the series.