What can you do when the joy of learning vanishes from your child’s best subject? My twin 15-year-old daughters excel in math, but their Algebra lessons had turned into drudgery. I knew something had to change. 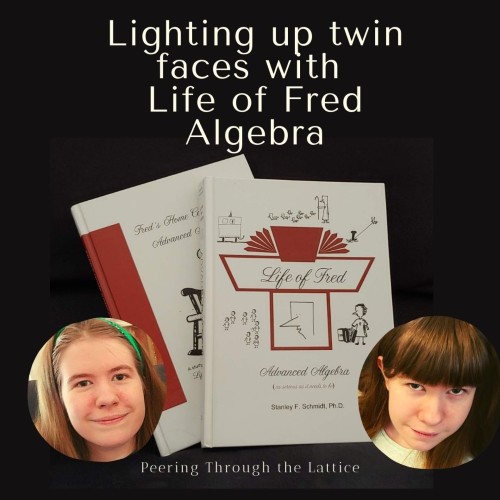 When the twins started Algebra 2 last year, it made sense to use what had worked for my oldest kids—Saxon Math. With gusto, they dug right in. Given the girls’ younger age, there was no rush to finish the course. I set a realistic pace of one lesson every two days, which allowed them to complete two-thirds of the textbook last year. This fall, we picked up where they left off. 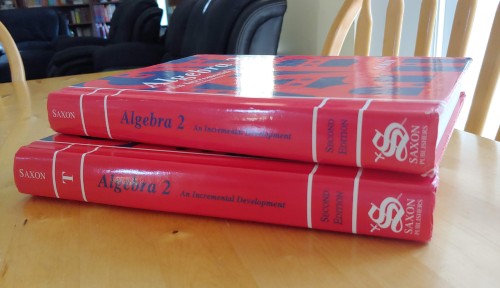 Saxon’s approach is incremental, but quite repetitive. After reading each lesson, the girls practiced the new skill by solving a couple of problems. Then 30 review problems confronted them. I dared not allow them to skip any. All the advice I read online emphasized the importance of completing them all.

But the girls dreaded math. Tears punctuated their work. By the time they completed ten lessons this semester, I realized their love for math had been dying a slow death. Could I do anything to revive it?

What if I simply stopped their math instruction? The twins are already ahead. In fact, I had considered my oldest daughter’s high school math complete when she reached the same point they were at in the Saxon course. Would I be doing them a disservice though, when they clearly excelled in the subject?

I considered what the girls love about their other schoolwork—snuggling together on the sofa reading fascinating books. Often their Sonlight read-alouds pique their interest in a topic so much that they immediately look up more information about it. 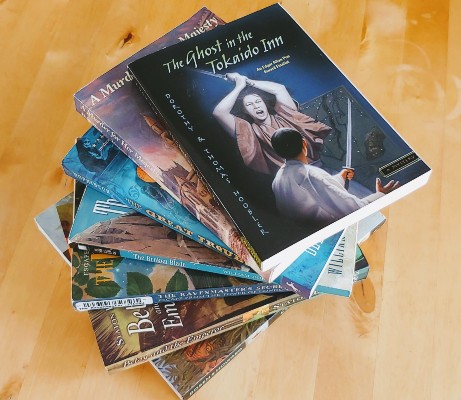 Captivated by a story, they often beg me, “Please read just one more chapter!” How could I bring that kind of excitement to math?

Lying in bed that night, I was still puzzling over our predicament. Suddenly, I remembered Life of Fred. This unique curriculum uses the life experiences of a fictional young math genius named Fred to teach math. Before my two oldest kids tackled Saxon Algebra 2, they had completed a few Life of Fred high school books. A few years ago, the twins had enjoyed Life of Fred Pre-Algebra. Unfortunately, they weren’t quite ready for the Beginning Algebra book after finishing pre-algebra, so we used Khan Academy and Saxon Math instead. What if we switched back now? Could it work?

The next morning, I reacquainted myself with Life of Fred. Paging through the Advanced Algebra table of contents, I realized that the twins knew more than half of the material. 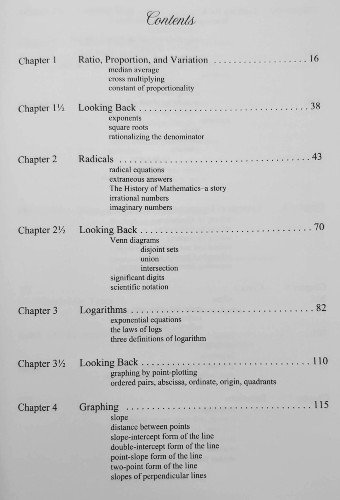 If we started at the beginning of the book, they could enjoy the story and review what they already knew. We could move quickly through familiar concepts and spend more time on new ones. This could work!

When I informed the twins that we would switch gears for math, they weren’t sure what to think. Hearing that they would be using Life of Fred, they seemed reluctant. Their enthusiasm began to surface when I showed them the Table of Contents and pointed out all the concepts they already knew.

Opening to the beginning of Chapter One, I began reading Fred’s story with as much dramatic effect as I put into our Sonlight read-alouds. By the time I turned the page, we were engrossed in the tales of six-year-old Fred.

Pausing periodically to complete a few math problems, we flew through the first chapter in less than an hour. At the end of each chapter, there are six short problem sets referred to as Cities. Before closing the book, I challenged them to complete just one City. Within a few minutes, they were finished. 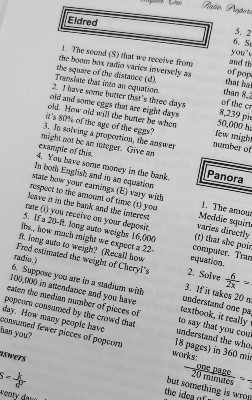 The next morning, I asked them to complete another City from Chapter One. This functioned as a pop quiz, ensuring they recalled the key concepts from the previous day’s reading. Minutes later, they had found the correct answers and were ready to move on.

Turning to the second chapter, we continued reading about Fred’s adventures. At one point, the girls insisted I pause. I watched their faces light up as they began solving an algebra problem they hadn’t yet been given. 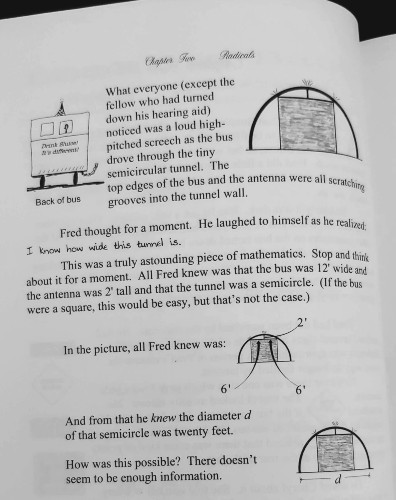 Peeking at the next page, I grinned when I realized they were inadvertently answering the first three questions in the upcoming problem set.

I was thrilled that they were so drawn into the story that they could readily identify the question and find the answer ahead of the author.

Because the second chapter was a bit longer, we only read half of that day. Some of the math problems interspersed in the text were quite challenging. When we reached the end of the chapter the next day, the girls tried to talk me out of assigning them a set of City problems. “Haven’t we done enough math today?” At my insistence, they quickly completed a group anyway.

Guided by Time and Interest

As we move forward in Advanced Algebra, I plan to let the clock and their interest level guide our pace. Aiming for about 40 minutes of math each day seems quite reasonable. However, we may continue for longer if we’re engrossed in the story.

With just ten chapters in Life of Fred Advanced Algebra, we could finish it before Thanksgiving if the girls complete just a chapter a week. Though I know we’ll spend longer as we get to the new material, the goal is attainable. After a long winter break, the twins could work through Life of Fred Geometry (much of which will also be review) in the spring. 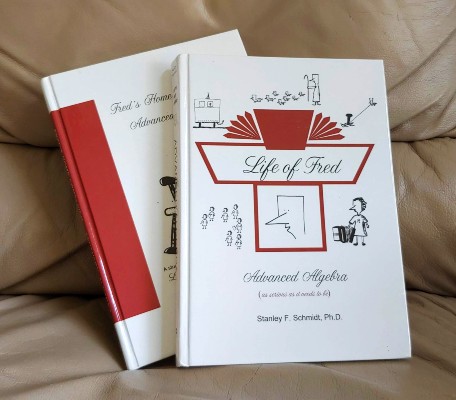 Life of Fred offers a creative math approach that appeals to my story-loving twins. They delight in applying algebra in everyday situations. Although I used the same book to teach my older kids the basics of Advanced Algebra, it provides a challenging yet straightforward review for my youngest daughters. How refreshing to see their eyes light up when it’s time for math!