I remember that Christmas Eve like it was yesterday. We folded up the umbrella strollers and left them at the end of the jetway then trudged on board the aircraft carrying one child and guiding the other. Rebekah was three, and her younger brother was just shy of two.

Just after the kids finally conked out during the first leg, we had to deplane in Alaska. Carrying drowsy children into the terminal, we noticed display cases of stuffed wildlife that captivated them during our midnight stopover.

An hour later, the flight crew ushered us back on board for the final leg of our trip. We all eventually fell asleep. Before we knew it, we were landing in Taiwan on Christmas morning.

After passing through customs, we scanned the expectant crowd for the family members who were supposed to meet us. At last, we saw Grammy along with my husband Joe’s younger siblings.

Upon leaving the airport, we encountered rush hour traffic even though it was holiday back home. Inside the van, aunts and uncles played with the kids as we rode through Taipei en route to Grammy’s apartment for a once in a lifetime Christmas celebration.

The rest of the day was a blur; I am sure we slept half of it away in the haze of jet lag. In lieu of a homemade Christmas dinner at Grammy’s, we paraded down the street to a local Chinese restaurant where most of us feasted, though the kids did little more than pick at their food. 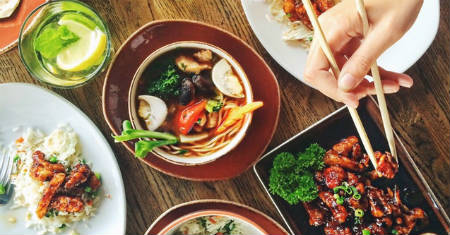 In the days that followed, we explored the city, played in the park with the kids, hiked a few trails, shopped at the night market, went to the zoo, and sampled all kinds of Chinese food. The kids heartily enjoyed the sweet variations, especially red bean paste. Our adventure in Taiwan was over too quickly, and soon were on board our return flight to the US. 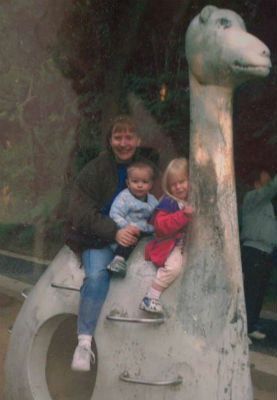 None of us would ever forget the sights, smells, and tastes of Taiwan—not even our oldest daughter. When she returned to Taiwan fourteen years later, she felt like she was going home. “I was born for this!” she exclaimed when tasting authentic Chinese food the evening she arrived in Taiwan.

She drank in the sights and devoured all of the experiences Taiwan had to offer—exploring Taipei on foot and bicycle, visiting the night market, navigating the steep stairways on hiking trails, riding the high speed rail to visit other cities… When the time came for her to return home, she was reluctant to leave. 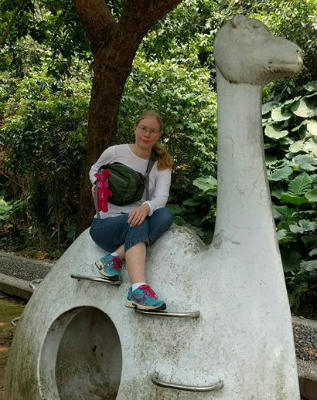 I was not surprised in January when she decided to apply for Discipleship Training School with YWAM in Taiwan. God has given her a love for Taiwan that I do not understand and cannot explain. I am excited to see how God will grow her and use her in this next chapter of her life as she seeks Him and shares His love with Taiwan and the world.

In two weeks, Rebekah will set off on an incredible five-month adventure of discipleship, missions training, and outreach. She tells her own story at GiveSendGo.com, where you can become part of her upcoming mission:

Pray for her.
Support her financially.
Share the link on social media.
Follow her to receive updates on her trip.

Will you pray for my daughter as she begins her adventure? Comment below to let me know you’ll be praying.

This is the third in a series of blog posts about Rebekah’s upcoming adventure. In the first, I share why my husband and I are encouraging her to leave the country. In the second, I share the joy of her acceptance to DTS along with the daunting preparations to be completed before her departure.