It was still the first day of our tour of Israel. We had spent the morning at Caesarea Maritima and Mt. Carmel. After a delicious lunch, we boarded the bus for an hour long drive to Nazareth. 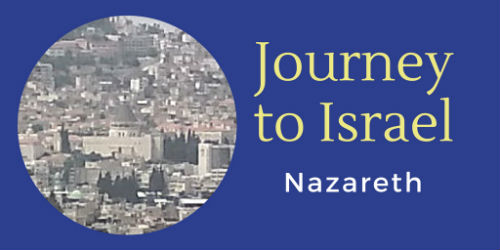 From the bus our guide, Mika, pointed out tombs much like the one in which Jesus was buried. A large stone disc can be rolled along a grooved path to seal the tomb. 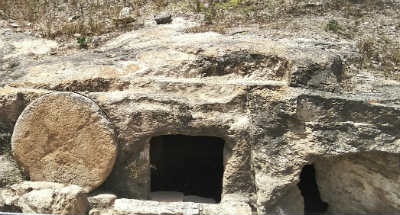 We enjoyed beautiful scenery—farmland dotted with hay bales or green with corn. This was not at all what I expected Israel to look like. It reminded me of the scenery in Maryland, where I grew up. 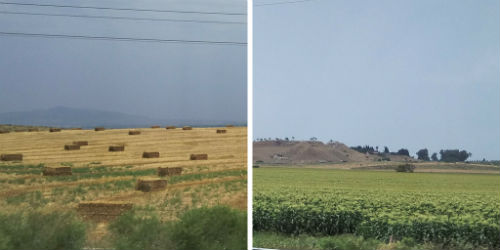 As we neared the town of Nazareth, nestled in the hills of Galilee, we stopped at Mt. Precipice which rises above the town. According to tradition, the citizens of Nazareth attempted to throw Jesus off a cliff on this mountain after rejecting him (Luke 4:16-30). A close reading of the text contradicts tradition, specifying that the citizens “brought him to the brow of the hill on which their town was built, so that they could throw him down the cliff” (verse 29). 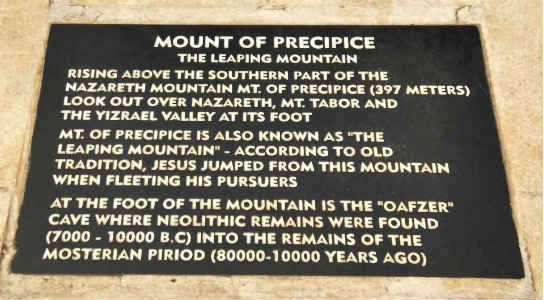 A gusty wind tried to steal my hat from my on the short hike to the top, but the view was worth it.

Leaving Mt. Precipice, we drove into Nazareth and parked near the Basilica of the Annunciation. Mika warned us not to be distracted by all the vendors on the “Street of Temptation” we traversed as we climbed the hill to the church. 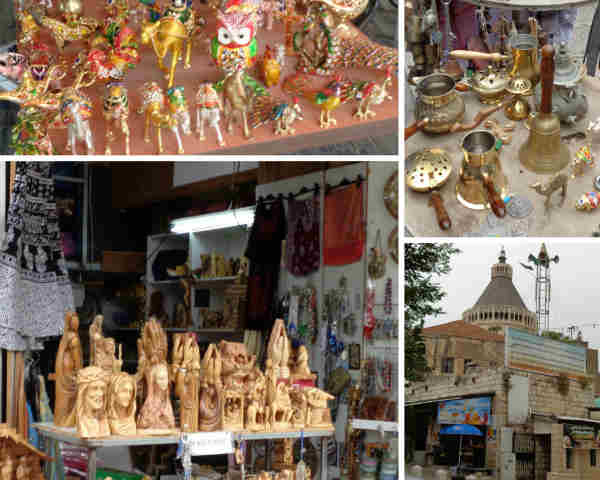 The Basilica stands over a cave that may have been Mary’s childhood home and commemorates the angel Gabriel’s visit to tell her she would be the mother of Jesus (Luke 1:26-38).

The facade of the building is fascinating. 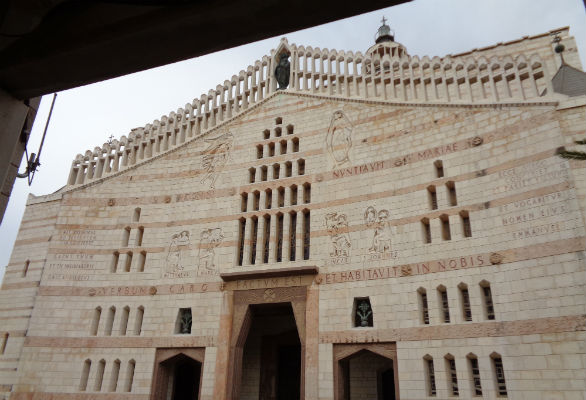 Near the top is a depiction of Gabriel coming to visit Mary.

Below it, each of the gospel writers is shown along with the symbol associated with each (man, lion, bull and eagle).

The inscription above the door is a direct quote in Latin from John 1:14.

”The Word became flesh and dwelt among us.”

We entered the lower level of the church, and peered into the traditional cave-home of Mary. 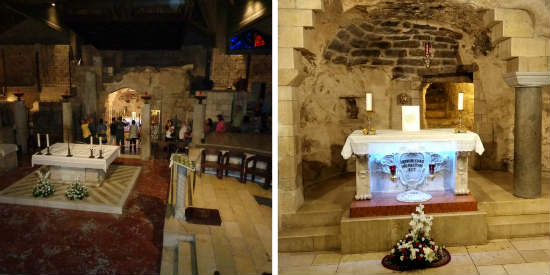 After ascending a spiral staircase… 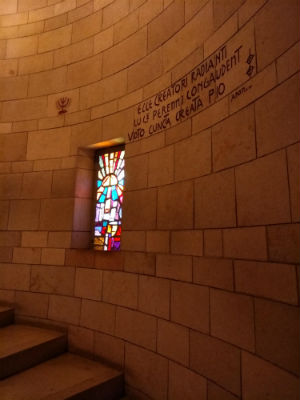 …we entered the main level of the church. 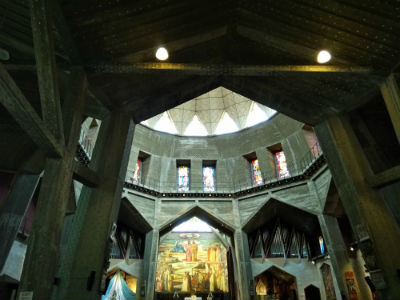 The walls were arrayed with beautiful mosaics representing the Mary in the artistic style of various nations. 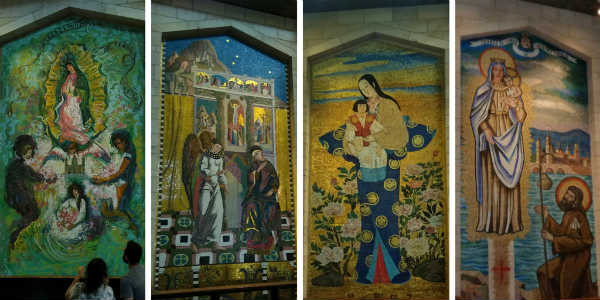 Looking up I observed the cupola, which resembles a lily opening downwards. 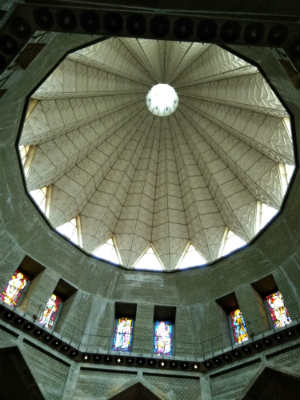 We exited the upper level of the church and found excavations of the biblical village of Nazareth. 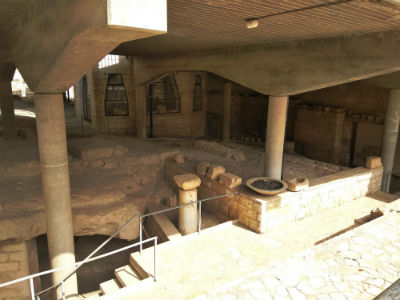 Before boarding the tour bus again, we stepped into a cafe to sample fresh pomegranate juice. It was tart but delicious!

To say I was overwhelmed with all I saw and experienced that first day of our Israel tour would be an understatement. Jet lag, an incredible amount of information from our tour guide, and a wealth of new experiences gave me the sense that I was “drinking from a firehose.” As we traveled to our hotel by the Sea of Galilee I wondered, how would I ever remember everything?

Have you ever been on a whirlwind tour like ours? What strategies helped you assimilate all the new information you learned?