Our morning visit to the Knesset Menorah had been surprisingly meaningful. Who knew what surprises our next stop would hold? We did not have much time to contemplate what a scale model of ancient Jerusalem would look like. In a few minutes, we arrived at the Israel Museum and got to see it firsthand. 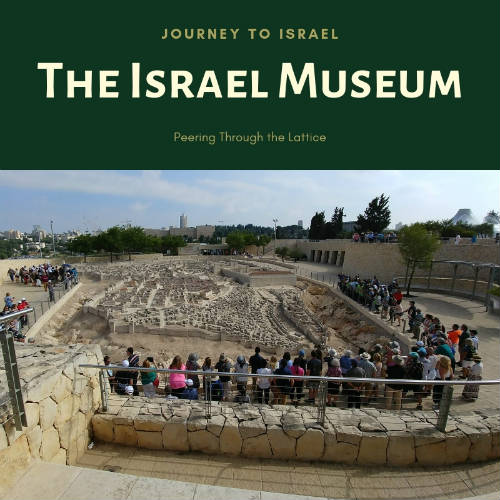 Mika, our tour guide, directed us to various spots around the model city. She helped us get a sense of what the city may have looked like before it was destroyed in 70 AD. 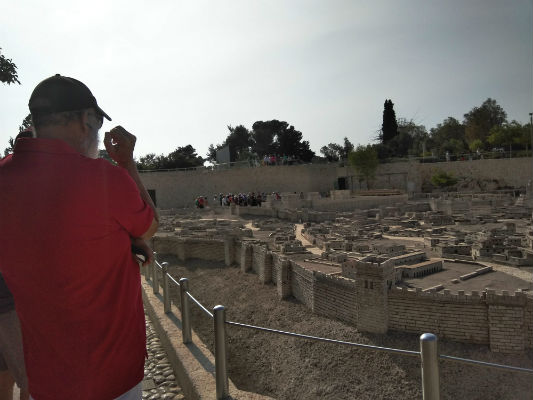 The Temple Mount was clearly visible.

Below it stretched the City of David. 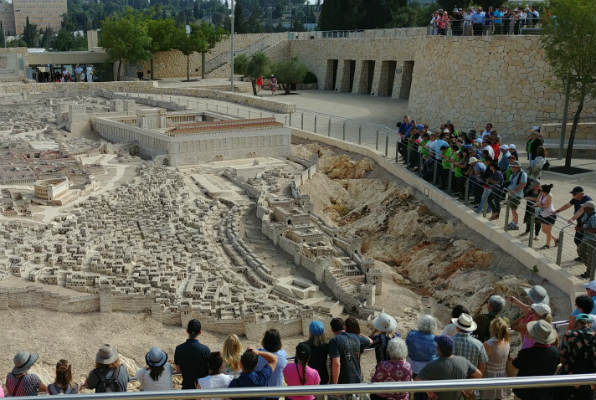 Mika pointed out a section of the city where the priests probably lived. 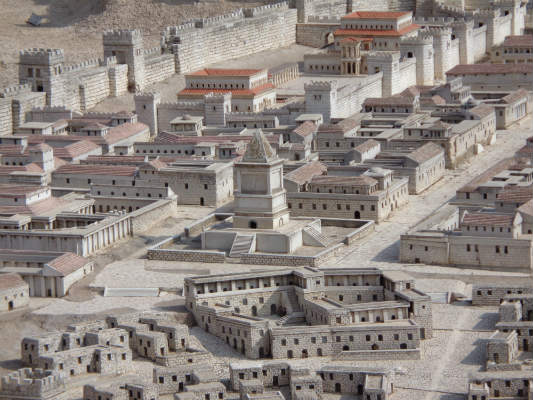 Professor Michael Avi-Yonah designed the city more than 50 years ago. He had to take historical license with some sections because of incomplete knowledge. Mika pointed to the Roman amphitheater in the model.

Professor Avi-Yonah knew it existed but was uncertain where it was. At the time, no archaeological evidence had pinpointed its location. He assumed it was well away from the Temple wall. Archaeologists recently uncovered the actual amphitheater while excavating in the tunnels by the Western Wall. I could immediately imagine the actual location since we had toured one of the tunnels the previous day.

We finished a complete circuit of the model city and paused for a final view of it. 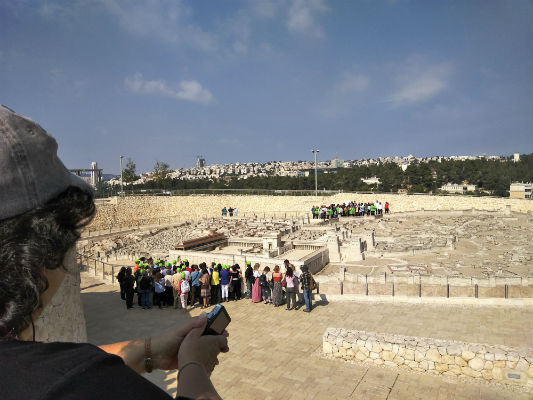 Then we climbed some stairs, passing some sarcophagi on our way to The Shrine of the Book. 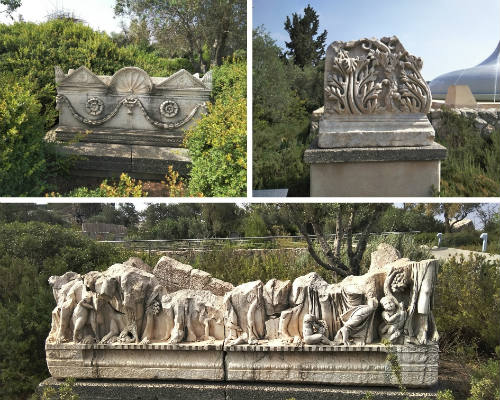 The Shrine of the Book

We had seen a strange-looking building in the background as we were exploring. Now we approached it.

Water flowed over the uniquely shaped white roof. The roof is patterned after the lids of jars containing some of the ancient manuscripts of the Bible.

Nearby, a tall black wall stands in stark contrast with the white dome. 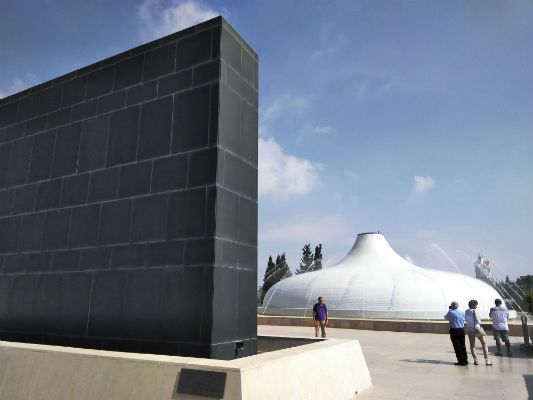 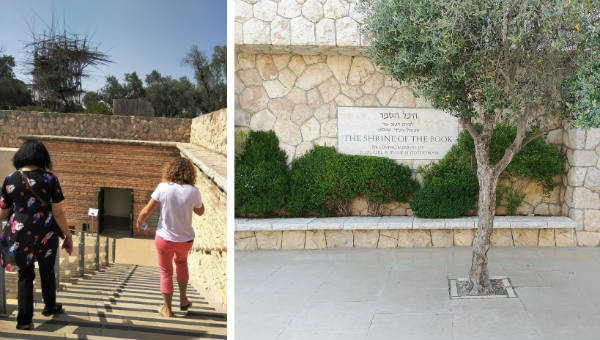 We descended a flight of stairs and entered the Shrine of the Book. Inside, various manuscripts from the Dead Sea Scrolls were on display.

Excessive light, including camera flashes, could cause the ink on the old manuscripts to fade. We were not allowed to take pictures inside the Shrine of the Book. To protect the ink, some of the displays were only lit for 30 seconds at a time.

Some of the manuscripts were similar to ones my family saw at the Passages Bible exhibit. The Museum of the Bible in Washington, DC, also boasts some ancient manuscripts. But the architecture of the Shrine of the Book adds a unique element to the entire experience.

I circuited the room on the main level, reading the displays, trying to make out some of the words. Descending to a lower level, I looked around for a few minutes. By then, it was time to move on.

We browsed through the gift shop for a few minutes before boarding the bus. Wait a second! Was that…Bigfoot? 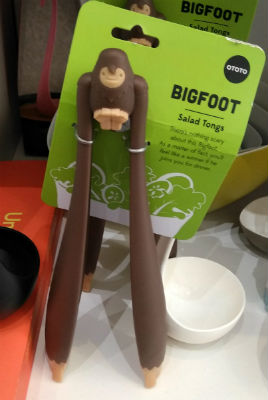 There he stood, a mere 12 inches tall, strangely resembling salad tongs. His feet were quite small while his arms were proportionately huge. How would that be for a souvenir of Israel? 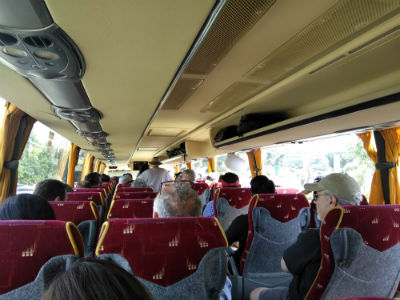 Still laughing over those tongs, we found our seats on the bus and headed to our next stop—the Yad Vashem Museum, which commemorates the Holocaust.