The first of June was our second full day in Jerusalem. After visiting the Knesset and the Israel Museum, we drove to the Yad Vashem Museum. The museum hosts outdoor statues and memorials as well as a large exhibit hall with artifacts from the Holocaust. 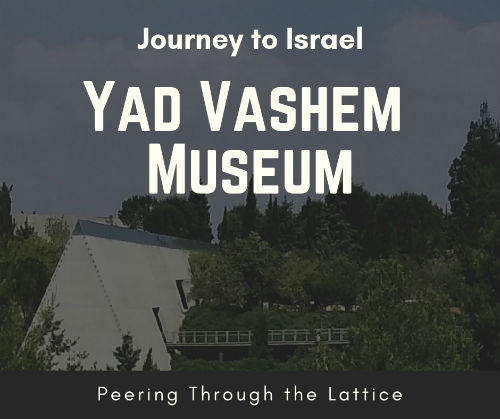 We climbed off the bus and crossed to the museum’s visitor center. After passing through it, Mika (our tour guide) led us around the outer grounds of the museum. 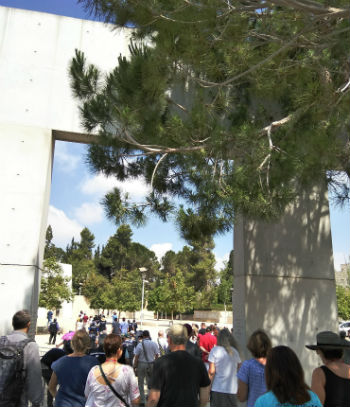 We visited the children’s memorial first. We entered the dark building, lit only by pinpoints of stars overhead. A handrail helped guide us through. As we walked, a recording read the names and ages of children who died during the Holocaust.

The sobering sensation I felt as I listened in the darkness reminded me of my visit to the concentration camp at Dachau, Germany, when I was a teenager.

From the Children’s Memorial, we continued across the grounds, pausing to view statues along the way. 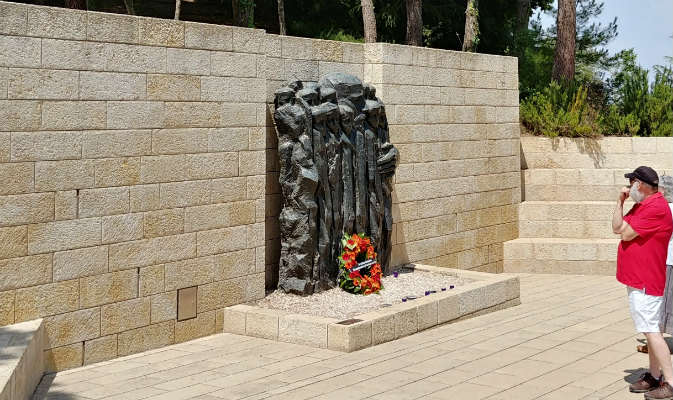 When we arrived at the main building, Mika warned us that the museum was designed to overwhelm and numb a person. It was impossible to rush through it. 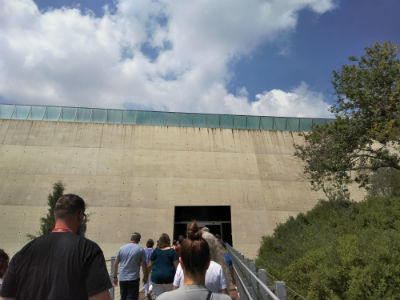 We entered and began zigzagging through the exhibit areas. At first, the displays and artifacts seemed fascinating. However, I soon became overwhelmed by the press of people everywhere. There were many large groups. I had expected to be comfortably cool in the air-conditioned building. Because so many people were crowded inside, it felt hot.

Each display left me feeling worse than the last. Before we were halfway through, claustrophobia hit, and I had an overwhelming desire to leave. As Mika had warned, there were no shortcuts. We had to wind through each section before reaching the exit.

Under different circumstances, the Yad Vashem Museum might have been quite interesting. On that day, at least, I couldn’t appreciate it.

Finally approaching the exit, my husband and I stepped outside into the fresh, clean air. We took our time returning to the main entrance of the grounds. Before leaving, we stepped into the comfortably cool gift shop to look around. 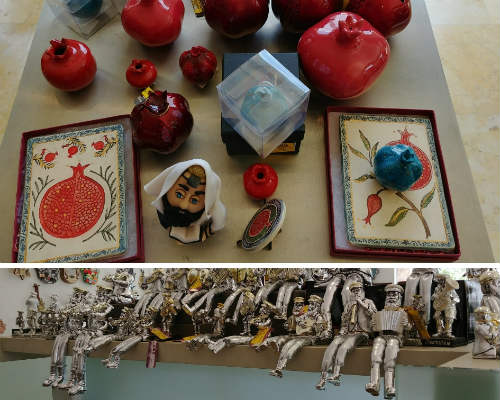 I felt worn out from my experience in the museum. Despite the historical significance of the Holocaust, I would have preferred to skip this museum and spend more time at a biblical site. I was glad to relax on the bus while traveling to our next stop—Bethlehem. I was looking forward to visiting the birthplace of Jesus. What would it be like?

Have you ever visited a concentration camp or holocaust museum? Which one? Tell me about your experience in the comments.