Our braces journey began eight years ago when the dentist sent our son for a consultation with the orthodontist. Within weeks, my son’s mouth was full of metal. Thus began our initiation into the process of teeth-straightening.

Two years later, my son’s braces were removed to reveal a handsome smile. But our encounter with braces had only begun. Soon, our four daughters would also experience this modern-day rite of passage. 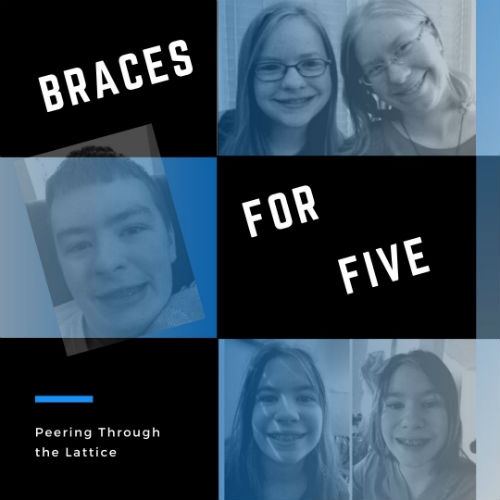 My middle daughter was anxious to get braces. When she was only eleven, the dentist expressed his concern about the alignment of her teeth. Her bottom teeth were rubbing against the back of her front teeth, causing her upper incisors to become thinner. Since she was excited about the possibility of braces, it was the perfect time for a consultation.

Initially, the orthodontist advised against putting braces on until her adult teeth came in more fully. Until then, he recommended that she wear a bite plate, which would protect her front teeth from further damage. This strategy would also help decrease her overbite.

Two at a Time

Meanwhile, attention shifted to my oldest daughter, whose teeth we had assumed were straight enough. We were surprised when the dentist referred her for an orthodontic consultation when she was 17. Because her overbite was causing crowding of her lower teeth, we took the doctor’s advice and began treatment.

A few months later, my middle daughter was able to trade in her bite plate for the real deal as well. For a year, the two girls were braces buddies. It was convenient to schedule their appointments at the same time. We were pleasantly surprised when both girls were ready to get their braces off on the same day.

What About the Twins?

After the three older kids were wearing retainers to preserve their smiles, I looked with dismay at the twins’ teeth. For a while, one of the girls sported an extra row of teeth in front when the adult teeth failed to line up with the baby teeth. Although most of them eventually loosened and came out on their own, one had to be pulled.

Shortly before the girls’ twelfth birthday, our dentist referred them to the orthodontist. Both girls still had several baby teeth, which should have already come out on their own. We returned to the dentist to have them extracted so that orthodontic treatment could begin. A few weeks later, twin mouths boasted metallic smiles.

This transition seemed far more dramatic for them than it had been for any of their siblings. With my son, I had been clueless about the process since I had never had braces myself. My oldest daughter never got braces until she was 17, and my middle daughter had been eager to get them. Neither of the twins shared her rare enthusiasm. Since they are my “babies,” they seemed too young to face the challenge of braces. Despite my worries, they weathered the transition like pros.

Last month, one of the twins received fantastic news. It was time to schedule the appointment for her braces to be removed. Her two-minutes-older sister, on the other hand, needed to keep wearing hers. Would her culinary experiences on our upcoming trip to Taiwan be limited by braces?

At her next visit, the doctor delivered the good news. She could get her braces off in six weeks. Unfortunately, we were leaving for our trip in just five weeks!

When I alerted the staff to our tight schedule, they were eager to accommodate us. We scheduled my daughter’s next appointment for a week before our departure. During that visit, they would inspect her teeth. Assuming everything was well aligned, they would take impressions and make her retainers. Tentatively, she was scheduled to get her braces removed the day before we planned to head out of town.

During the second week in November, one twin celebrated a mouth free of braces. She was delighted to eat formerly forbidden foods like whole apples and baby carrots. During family movie nights, she could finally enjoy popcorn again. 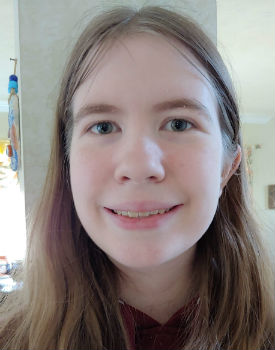 The following week, her sister had impressions made and ordered retainers. Before we knew it, the long-awaited day arrived, and the final set of braces was removed.

Even though it’s tough to adjust to wearing retainers 24-7, the twins are thrilled to have braces behind them.

Now that all five of our kids are finished with active orthodontic treatment, I can breathe a sigh of relief. Having braces was challenging for the kids.

After orthodontic adjustments, their mouths were often sore. While struggling to keep their teeth clean, they all experienced swollen gums. Three kids had to pause treatment for a month or more to alleviate the gum issues, and one had to undergo laser surgery to trim the gums.

Extra visits to repair loose brackets, broken power chains, and pointy wires often interrupted our regular routine. I’m thankful that’s all behind us now. We made it!

Has your family experienced braces yet, or are they just a silvery glimmer on the horizon? Share your perspective in the comments.