Since science doesn’t come naturally for my high school daughter, it was tough to determine what course she should study in her junior year. After Physical Science and Biology, Chemistry usually follows. A typical Chemistry class, however, requires students to have some understanding of Algebra 2. At the time, my daughter hadn’t even finished Algebra 1. How could she earn a science credit this year? 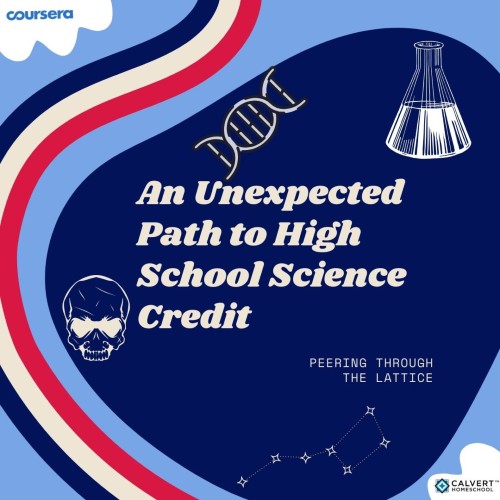 As the year unfolded, my daughter’s science journey led down unexpected paths. In addition to studying Chemistry, she also learned about Forensic Science, Osteoarchaeology, and Archaeoastronomy.

A few weeks into our fall semester, we were able to try out online courses from Calvert Homeschool. After scrolling through the options, my daughter selected Chemistry. Since she had finally completed an Algebra 1 course the week before, I allowed her to give it a shot as long as she started Algebra 2 right away. 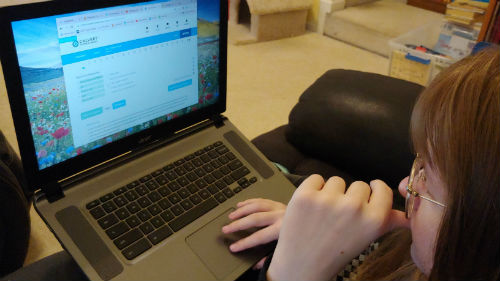 My 15-year-old did surprisingly well in Chemistry, achieving a 91% average for the first semester’s work. Unfortunately, she did not enjoy the course at all. When she begged not to complete the second half, I offered her an alternative. Introducing her to the multitude of free online courses, I encouraged her to seek out science courses that interested her.

Scanning through options at Class Central, she spotted a Forensic Science course. She immediately signed up. Imagine how surprised she was to discover the vital role Chemistry plays in forensics!

Although she had discovered the course using Class Central, it was on Coursera’s e-learning platform. Throughout the 25-hour course, she watched videos, completed quizzes and peer-graded assignments, and evaluated her classmates’ work. She had several opportunities to analyze actual evidence to solve real crimes.

“It was cool to learn about the different things you could do to help an investigation—like look at the patterns of bloodstains on the wall and find fibers of clothing. Together, all the details help solve the crime.”

Because her peers did not accept sloppy work or theories unsupported by evidence, she worked carefully. A low score on one assignment prompted her to revise and resubmit her work. Because there was interaction with other students, she was more motivated to learn the material and complete the lessons. Forensic Science was an excellent course to help my daughter understand a practical use for science. She earned a B in the class.

Osteoarchaeology: The Truth in Our Bones

As the Forensic Science course drew to a close, my daughter was excited to sign up for another science course on Coursera. Given her interest in history, Osteoarchaeology: The Truth in Our Bones was a logical choice. She learned what archaeologists could infer about people’s diet, activity level, and environment merely from studying their bones.

The 33-hour course took five weeks for her to complete. Along the way, she watched videos, participated in text-based discussions, took quizzes, and completed peer-graded assignments. Scoring her classmates’ work was an excellent way to cement her understanding. Though she would have preferred a different professor, she completed the class and received a B.

Near the end of the spring semester, my now-16-year-old recalled that Astronomy is also a branch of science. Her final course of the year was Archaeoastronomy.

Watching the course videos, she explored how ancient civilizations understood the stars and planets. With fascination, she examined how they applied that knowledge in their architecture. After completing all of the quizzes in the short 7-hour course, she achieved an A.

A Unique Course of Study

Taking advantage of the freedom we have in homeschooling, I was delighted to be able to piece together a non-traditional science credit for my daughter. While studying Chemistry is relatively common for a high school junior, most students don’t have a chance to study forensic science until they reach college. Have any high schoolers you know explored such intriguing topics as Archaeoastronomy or Osteoarchaeology? Until my daughter discovered these courses, I’d never even heard of these fields.

As much as I wanted her to achieve an A in every course, she didn’t. Since she is younger than most of the students in these online classes, I’m satisfied with her B’s in Forensic Science and Osteoarchaeology and quite impressed with the A she achieved in Archaeoastronomy.

Pulling up our recordkeeping software, I contemplated how I should record these classes on her high school transcript. At first, I considered combining them into a single one-credit course. But then I realized that splitting them into two half-credits would more effectively showcase her work. That strategy also allowed me to highlight the second half of the year as honors credit since the courses she completed were designed for high school graduates.

Given my daughter’s fascination with history, it’s not surprising that she gravitated toward forensics and archaeology courses. Tailored to her interests, the classes capitalized on her strengths as she learned how science is used across disciplines. For her senior year, I intend to use a similar strategy. What fascinating course will she uncover next?