As the school year drew to a close for my tenth-grade daughter, I began to worry. After completing ninth grade, she only had 5½ credits. She had bounced from one curriculum to another in many of her subjects this year. Has she earned enough credits to be a junior in the fall? 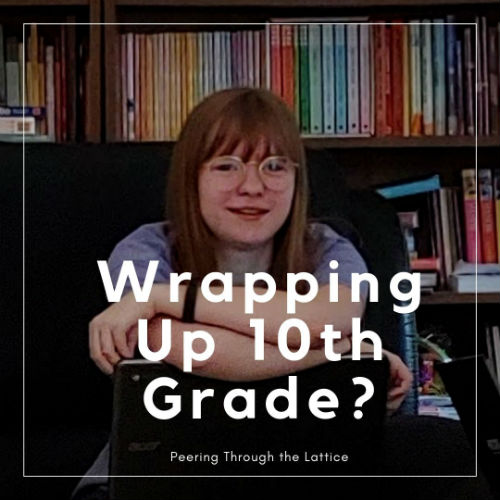 I knew that she earned at least half a credit in English this year since she completed half of the Sonlight 20th Century Literature curriculum. But she had also used portions of other grammar, literature, and writing resources. Was it enough to give her a complete credit? As I worked on her progress report, I began making a list of all she had completed. 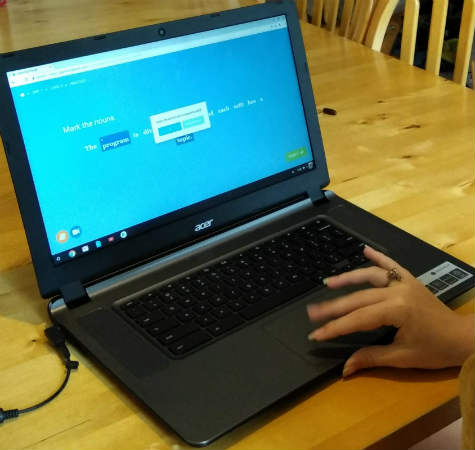 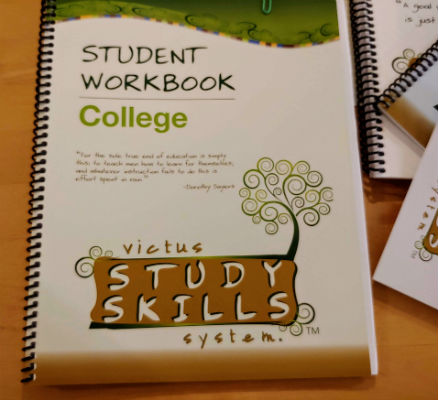 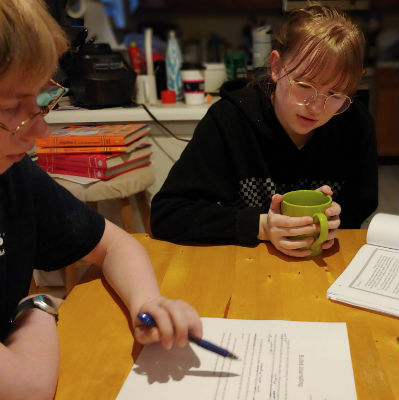 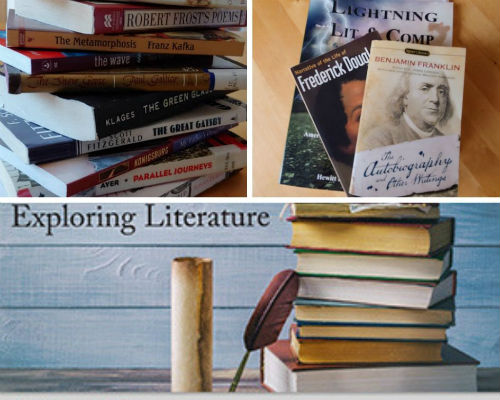 I compared this list with what my older children had completed for their sophomore English—a full grammar program, 4 novels, and a few writing assignments. Clearly, my daughter had read and written enough to achieve a full high school credit in English.

When it came to math, things looked pretty bleak. She began the year using Khan Academy to review her Pre-Algebra skills. Having mastered those, she started on the Algebra 1 mission. Unfortunately, she never made it past 42% progress.

Halfway through the year, she attempted to earn credit using Bob Jones Algebra 1. She only completed about a third of the book before we tabled math for the remainder of the year.

This is the second year she has attempted to tackle Algebra 1. Although I know it will eventually click for her, math has been frustrating this year, and she did not earn a credit.

Her tenth-grade year began with Bob Jones Cultural Geography, which she almost immediately found too boring to continue. Setting it aside, I encouraged her to work on physical geography using the Seterra App. 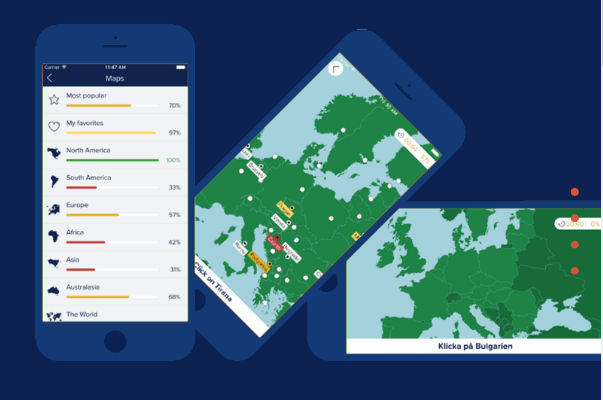 At the end of September, we discovered Sonlight’s 20th Century World History curriculum. After completing the first half of the program, she decided to set it aside and work toward preparing for a CLEP exam in US History.

Before taking the test, she completed online courses from Modern States and Study.com. When she took the History of the United States 1 CLEP Exam at the end of May, she passed! 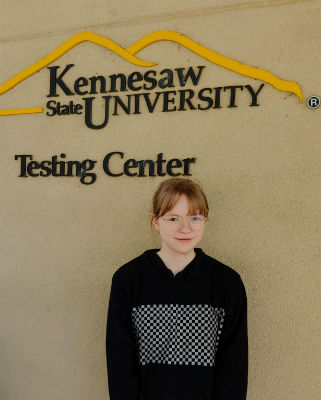 This year she earned 1½ credits in history: ½ credit for World History and 1 credit for US History. The CLEP test also gives her a college credit in history.

Like math, science was a struggle this year. My high schooler’s lack of enthusiasm for the Apologia Physical Science course paralleled that of her older sister a few years earlier. After completing three of the modules in the course, we set it aside. 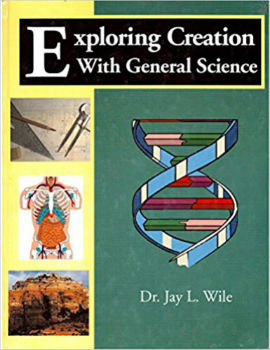 Would a change of curriculum make a difference? We bought a set of ACE Physical Science PACEs to find out. After completing four of the PACEs, it was clear her math skills were not sufficient to complete the introductory chemistry and physics in the rest of the curriculum.

Since she had completed a semester’s worth of physical science, I awarded her ½ credit anyway.

She and I were both excited to start out the year with Apologia Health & Nutrition, which we received free in exchange for writing a review. When our review period was over, she kept going with the course and completed it in February. 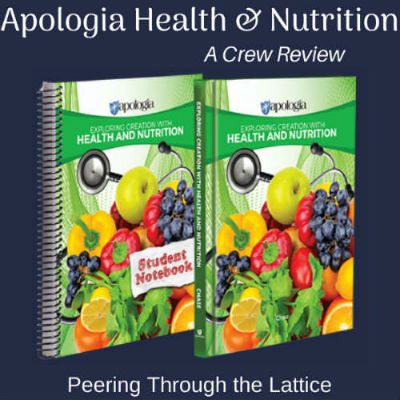 Because this course contains more science than a typical health course, we are counting it for ½ of a science credit.

An assortment of electives rounded out my daughter’s 10th-grade course of study.

Throughout the year, she used DuoLingo to study French. A score of 8,160 XP on the app roughly corresponds to a year of high school French. When she reached that milestone in May, I added another credit to her high school transcript. 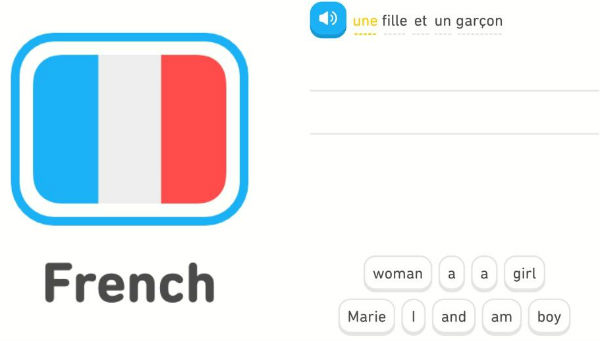 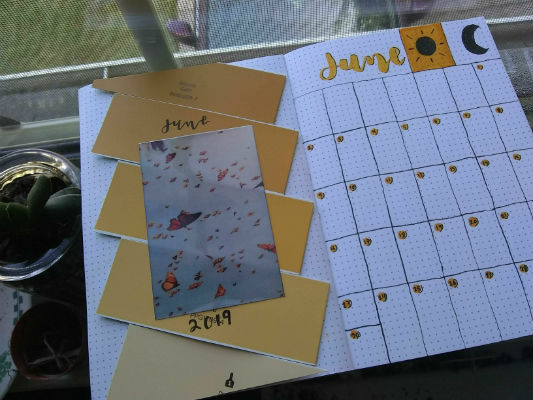 My daughter enjoys participating in classes away from home. As part of our Community Bible Study Class (CBS), she completed an in-depth study of the book of Genesis. Gathering with other high school students to discuss what she was learning was the highlight of each week. For her participation in CBS and reading a couple of apologetics books, she has earned ½ credit.

Have you seen some of the amazing pictures my daughter has taken? She especially enjoys taking close up pictures of specimens most people overlook. 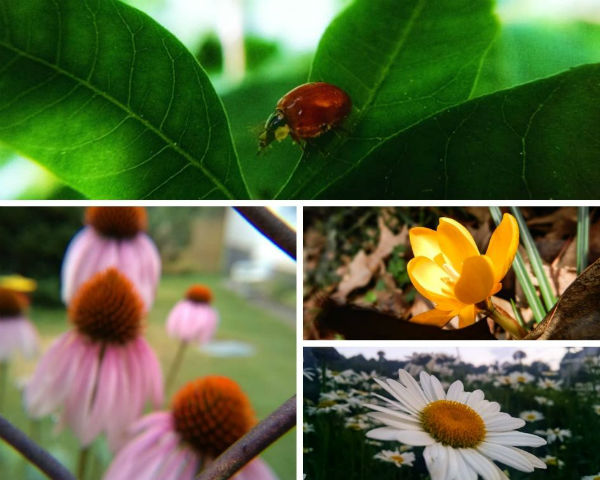 Afterwards, she uses editing software to enhance her photos. Her independent study log reflects more than 60 hours of photography—enough for ½ credit.

How Many Credits is That?

Have you been keeping track? That makes 6½ credits this year. Combined with credits from freshman year, she has earned a total of 12 credits, one of which doubles as a college credit. Despite some struggles this year, she is officially ready to begin 11th grade! 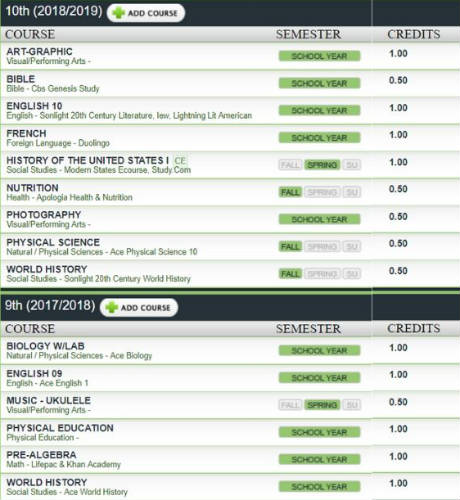 Because History is one of her favorite subjects, she definitely wants to pursue more CLEP History credits. She wants to complete the History of the United States II CLEP exam even though she doesn’t need it for high school history.

I am encouraging her to follow her interest in botany—she has spent unrecorded time learning about and growing succulents. As a result, she is quickly becoming an expert on the topic. 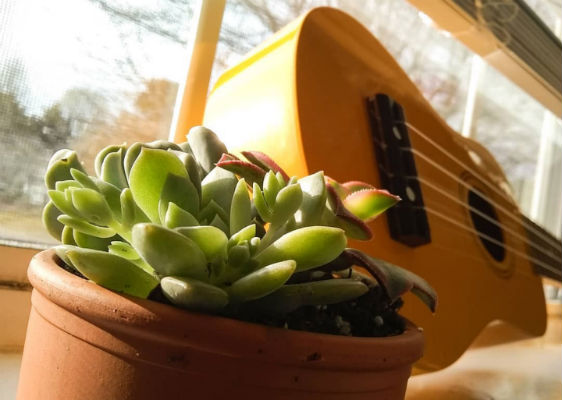 I’m not sure whether this will entail a specific course on botany or perhaps be part of another college credit—possibly through the Biology CLEP exam. Time will tell.

English presents more of a challenge. I want her to focus more on writing next year, possibly using materials from the Institute for Excellence in Writing . At the same time, I hope to encourage her to read challenging literature, with an eye toward a possible CLEP credit for American Lit.

Although math is her “kryptonite,” she really needs to master Algebra 1. While I would love for her to use Saxon, it may not work logistically. CTC Math is another possibility. I am prayerfully considering which curriculum to use. If you have any suggestions, please let me know.

We have six more weeks to enjoy summer vacation. Whenever I bring up the subject of curriculum for next year, my daughter is quick to inform me we have plenty of time. Like any self-respecting homeschool mom, though, I am always on the prowl for the perfect curriculum.